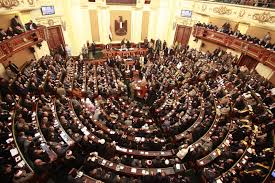 The Egyptian parliament will meet Wednesday instead of Feb.17 to vote on the proposed changes to the constitution that would allow incumbent leader Fattah al-Sisi to remain in power beyond his current last term that ends in 2022.

The House last week approved the changes which include lifting the term limit, introduction of the Vice President position and re-instatement of the senate.

If approved, the motion will be sent to the legislative committee and then submitted to national referendum.

The former army commander rose to power in 2013 after overthrowing first democratically elected President Mohamed Morsi who have been handed multiple jail sentences.

Elected the following year after the coup, al-Sisi extended in March 2018 his reign with a victory in a presidential election deserted by his rivals.

The Egyptian leader is accused of human right abuses with heavy crackdown on freedom of speech. He has defended his policy claiming it is meant to fight terrorism.