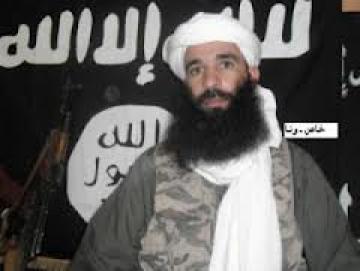 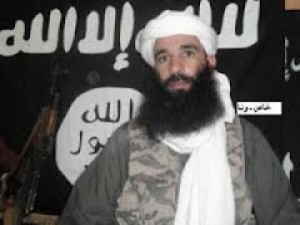 Algeria-born jihadist Yahya Abu Hamam, emir of al Qaeda in North Africa, has been added by the US to the list of global terrorists for his key role in the group’s terror activities in the Maghreb and Sahel region.
Hamam spent 18 months in jail in Algeria for his terrorist activities. After his release, he joined the Salafist Group for Prayer and Combat, which turned into al Qaeda affiliate in the Islamic Maghreb (AQIM) in 2006. He also joined Islamist militants in northern Mali and southern Algeria where he served under the command of Khaled Abu El Abbas, who was then emir of the Sahara. He was involved in bloody terrorist operations launched in northern Mali and Mauritania.
Prior to being appointed head of Al Qaeda operations in the Sahel, he served as the group’s emir in the northern Malian town of Timbuktu wherein numerous Muslim shrines were destroyed and enforced strict Islamic law.
Hamam was appointed the emir of the Sahel after his predecessor, Nabil Abu Alqama, was killed in a car crash. After taking over command, Hamam named Abdel Majid Abu Zaid as his deputy. Zaid leads the Taregh Ibn Ziyad brigade, which operates throughout Mali, Mauritania, Niger, and southern Algeria. Zaid’s brigade is responsible for the killing of the British hostage Edwin Dyer in May 2009.
According to the US intelligence agencies, Hamam detained in 2011 several European hostages. France accuses him of executing Michel Germaneau, an elderly aid worker, in July 2010. AQIM has raised millions of dollars by kidnapping European hostages for ransom. Hamam has close ties to Abdelmalek Droukdel, the emir of AQIM which set an alliance with the Movement for the Oneness and Jihad in West Africa (MUJAO) and Ansar Dine that seized control of northern Mali in March 2012.
France launched last month a military operation in Mali after the al Qaeda-led jihadist alliance moved to take control of central and southern Mali. The jihadists would have succeeded and expanded their power if the French army had not intervened, as the Malian military was in retreat.