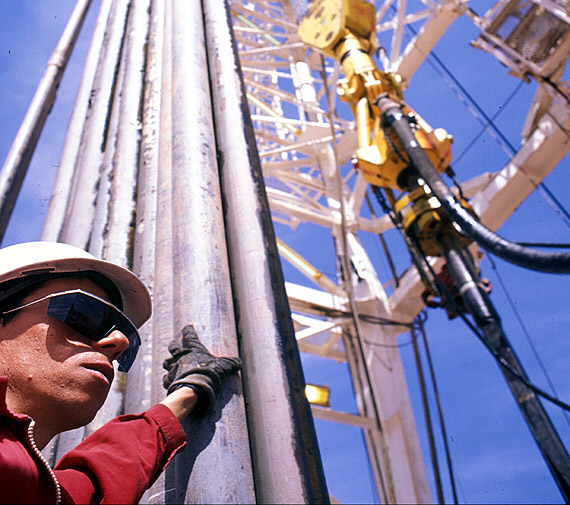 Libya has announced new oil and natural gas discovery in the Ghadames basin southwest of Tripoli, opening new prospects for the battered economy of the North African country.
This new oil & gas find was made by the Libyan National Oil Corporation (NOC) and Algerian state-owned Sonatrach. The discovery consists of one oil field with a capacity of 8,200 barrels per day (bpd), and a gas deposit with a capacity of 1,700 cubic meters per day.
Libya, holder of Africa’s biggest oil reserves, is currently looking forward to boost its oil production to increase its revenue to fund development and reconstruction projects in the post-Gadhafi era. But the government is struggling to impose its authority in some areas controlled by armed groups.
The country, which has marked lately the 2nd anniversary of the popular uprising that ousted Col. Moammar Gadhafi, offers huge business opportunities in the oil industry, transportation (air, roads & ports), telecommunications, housing, healthcare, finance, modern technology….
Libya, an OPEC member, is now pumping more than a million barrels a day as the oil industry recovers from months of armed conflict that led to the collapse of Gadhafi regime. The country, which was pumping about 1.6 million barrels a day before the bloody uprising, is currently seeking to raise output to 2 million barrels a day in three-to-five years and pins high hopes on foreign investors to bring in necessary cash and know-how to hit the target.
CATEGORIES BusinessEnergyFeaturesHeadlinesLibya
Share This