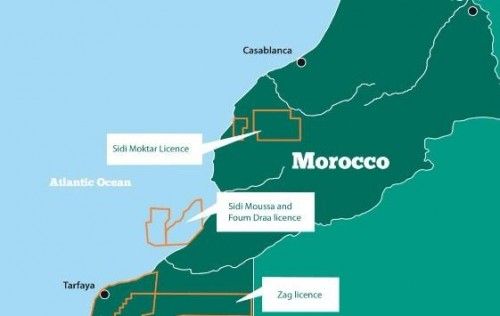 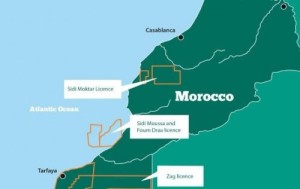 Longreach oil and gas limited, an independent oil and gas company holding exploration and near term development licences in Morocco, announced earlier this week that it has completed its 2D seismic program on the operated Sidi Moktar Licence, near Marrakesh, onshore Morocco.
The program was completed according to the scheduled deadlines and budget, the company said, adding that 520 km of seismic data were acquired in 47 lines over the portfolio of prospects and leads in fulfilment of the Licence commitment of 500km.
The survey, conducted by Rumanian Prospectiuni company, in compliance with the approved Environmental Impact Assessment to the highest international HSE standards, was designed to high-grade and promote existing leads to prospect status.
The Priority lines, over Longreach’s drill-ready targets, have been processed by Key Seismic in Calgary using the processing sequence and parameters determined by Longreach during the extensive reprocessing project completed in 2012.
The priority lines are being incorporated into the Company’s interpretation to finalise the well locations for the 2013 drilling program.
“With this seismic program complete, we are now looking ahead to drilling our first well on the Sidi Moktar Licence in the next few months,” commented Longreach CEO, Andrew Benitz.
“This is an extremely exciting time for the Company, with a well-funded multi well work program ahead of it,” he said.
Longreach, which has a significant licence interest in onshore and offshore Morocco (5 licences covering 7 offshore blocks and 21 onshore blocks) explains its interest in the North African country by the existing significant hydrocarbon potential, as well as by the unique fiscal terms granted to oil exploratory companies. Morocco is one of the most fiscally favourable countries worldwide to explore, says the company which also cites the stable political and economic environment prevailing in Morocco, the only North African political regime which has not been affected by the Arab Spring.
Morocco is one of Africa’s largest energy consumers, with energy demand increasing by over 54 percent during last 10 years, and second largest energy importer in Africa, with an energy bill that amounted to $10.7 billion in 2011.
CATEGORIES BusinessEnergyFeaturesHeadlinesMorocco
Share This

North Africa Post's news desk is composed of journalists and editors, who are constantly working to provide new and accurate stories to NAP readers.
NEWER POSTSubprime Entailed Dismissals or the Chronology of a Crisis
OLDER POSTTunisia: a premiere solar plant