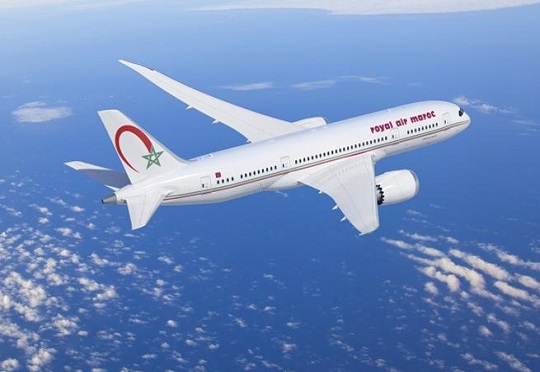 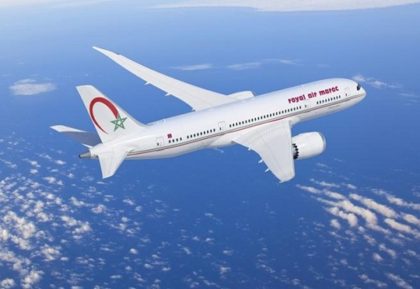 Boeing has delivered earlier this week the first 787-9 Dreamliner for Royal Air Maroc, introducing a second member of the super-efficient Dreamliner family to the airline’s fleet.

“We are particularly pleased to receive our airline’s first 787-9, which will soon be joined by three other models from the same family,” said Abdelhamid Addou, CEO and chairman of Royal Air Maroc (RAM).

“The choice of this airplane forms part of our strategy to continuously expand and modernize our fleet, and comes just a few days after the announcement of the invitation made to Royal Air Maroc to join the highly prestigious Oneworld Alliance. This will further strengthen our country’s and Royal Air Maroc’s leadership position on the continent,” he said.

In 2015, the airline was the first in the Mediterranean to fly the 787-8, the initial Dreamliner that offered 20 percent less fuel and fewer emissions. With the airplane’s exceptional fuel efficiency and performance, Royal Air Maroc planned new, non-stop routes such as Casablanca to Washington D.C and to Miami.

With the larger, longer-range 787-9, Royal Air Maroc will be able to accommodate about 30 additional passengers (for a total of 302) and fly several hundred miles farther (up to 7,635 nautical miles or 14,140 km). The airline plans to deploy the 787-9 on routes such as Casablanca to Paris Orly Airport, to New York and to Sao Paulo.

Passengers in business class will have three seat options, including ‘full flat’ and ‘full privacy’. All travelers will enjoy the Dreamliner’s larger windows, lower cabin altitude, smooth-ride technology, and other amenities.

“The Dreamliner is the perfect platform for Royal Air Maroc’s bold vision. The airline can now take advantage of the technology that is common across the 787-8 and 787-9, while tailoring its network based on market demand,” said Ihssane Mounir, senior vice president of commercial sales & marketing for The Boeing Company.

“We have been proud partners with Royal Air Maroc for nearly 50 years, providing the airline with generations of advanced jetliners, and helping Morocco harness a homegrown aerospace sector to sustain long-term growth.”

Later this month, Royal Air Maroc will begin modernizing its single-aisle fleet when it takes delivery of its first 737 MAX, the latest and more efficient version of the 737 airplane. The jet will join a fleet of more than 60 Boeing airplanes.

The carrier also uses Boeing Global Services to enhance its operations through offerings such as Software Distribution Manager, a cloud-based solution that ensures operational data flows securely to and from the airplane while it is on the ground.

Boeing’s relationship with Morocco goes beyond airplanes and services. The company has supported the development of the kingdom’s aviation industry through partnerships such as a joint venture named MATIS Aerospace that specializes in producing wire bundles and wire harnesses for new airplanes.

The 787 Dreamliner is the fastest-selling widebody airplane in history with about 1,400 orders from 74 customers since its launch. More than 750 of Dreamliners have entered service around the world, helping airlines open 210 new, non-stop routes and saving more than 30 billion pounds of fuel.