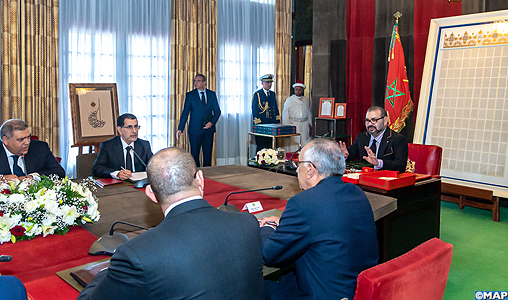 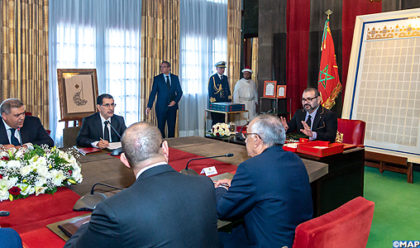 King Mohammed VI urged on Thursday the Government to refine the draft program on vocational training overhaul and to speed up the implementation of the industrial plan of Souss-Massa region.

At a working session chaired by the Sovereign in Rabat to follow up the measures and actions taken to modernize the sector of vocational education, the Head of Govt presented to the King a report on the draft program for the streamlining of vocational training in line with the royal guidelines, said a press release issued by the Royal Office.

After reviewing the draft program, King Mohammed VI stressed the need to address loopholes in funding mechanisms and sources, reaffirming that the sector upgrade should be made within the frame of a global vision drawing inspiration from successful international experiences and combination between theoretical training and enterprise internship program, added the press release.

The King also stressed the need to grasp the huge job opportunities offered in the sector of agriculture, while taking into account the specificities and potentialities of each region.

At the beginning of the working session, the Monarch inquired about the progress made in the implementation of the industrial plan of Souss-Massa region, launched in January 2018 in Agadir.

He raised the issue of “the delay in carrying out the plan, which made no progress since its launch”, calling on “the concerned department to double its efforts and shoulder its responsibilities to speed up its implementation within the set deadline”, said the Royal Office statement.

The Souss-Massa regional industrial plan, which seeks to make of this region an export hub for Africa, is part of the National Industrial Acceleration Plan and the royal vision seeking, through the enactment of the advanced regionalization process, balanced and inclusive territorial development adapted to the specificities of each region.

The Moroccan government says the regional deployment of the Industrial Acceleration Plan will enable each region of the country to develop productive activities, create jobs and wealth benefiting local citizens.