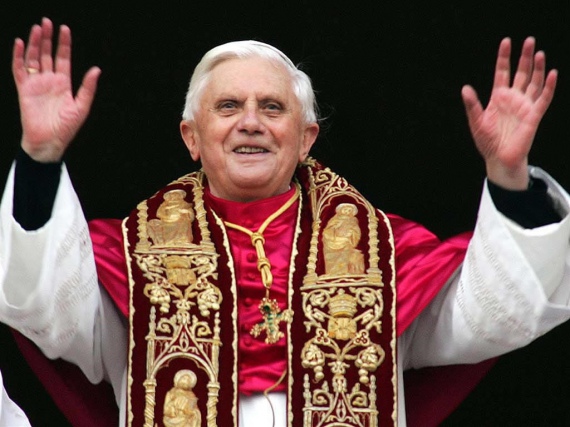 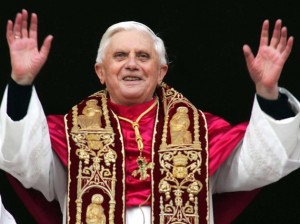 Pope Benedict XVI announced this Monday that he would be stepping down from office by the end of the current month, in an unexpected and unprecedented move in modern times.
In a speech he delivered Monday before a church council, the Pope, 85, announced that he made his decision, which he described as “a decision of great importance for the life of the Church,” in view of his health condition and old age.
He said his “strengths, due to an advanced age, are no longer suited to an adequate exercise of the Petrine ministry,” which requires “both strength of mind and body,” according to a Vatican statement.
“I have had to recognize my incapacity to adequately fulfill the ministry entrusted to me,” the Pope said adding that while he was ‘well aware of the seriousness of this act,” he declares that he renounces “the ministry of Bishop of Rome” in “full freedom.”
The move by Pope Benedict XVI, who has been at the head of the Catholic Church since April 2005, is unprecedented as no Pope ever resigned over the past 600 years.
The last resignation by a Pope actually dates back to 1415 when Pope Gregory XII stepped down during the Western Schism (1378-1417), which threatened to split the Catholic Church as two men simultaneously claimed to be the true pope.
The decision by Pope Benedict XVI came as a surprise to the Catholic world at large but also to the Vatican and to his closest aides.
The Pope’s announcement raised a number of questions about whether the Catholic Church leader is able to resign. But, under the Church Canon Law a Pope can step down from office on condition that he does so freely and that his decision be adequately published.
A Successor to Pope Benedict XVI will be elected by cardinals at a conclave they will hold after February 28, when the current pope will leave office.

North Africa Post's news desk is composed of journalists and editors, who are constantly working to provide new and accurate stories to NAP readers.
NEWER POSTChabat’s Shilly-Shallying, a Way of Being or a Tactic to Baffle the Enemy?
OLDER POSTDemanding rise in books on Libyan history