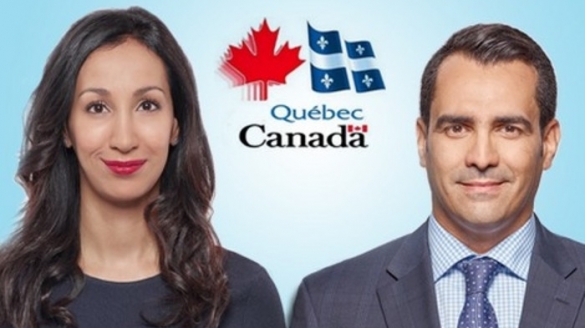 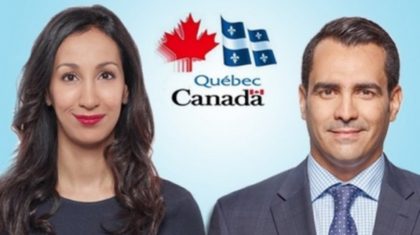 Monsef Derraji and Marwah Rizqy, two candidates of Moroccan origin of the Quebec Liberal Party (QLP), were elected to the Quebec National Assembly in the general elections held Monday.

Monsef Derraji, representing electoral district of Nelligan in Montreal, won his seat after obtaining 22,406 votes, beating his rivals of the Coalition Avenir Québec (CAQ), and the conservative Party of Quebec.

Monsef Derraji holds a master’s degree in pharmaceutical management from the University of Laval. He worked for fifteen years for two pharmaceutical companies. In 2009, he founded the Quebec Maghreb Congress and is currently CEO of the Coalition of the Young Chambers of Commerce of Quebec.

For her part, liberal candidate Marwah Rizqy ranked first in the Saint-Laurent district, winning 17,953 votes. She outperformed all her rivals to gain a seat in the Quebec Parliament.

She was born and raised by her Moroccan parents in Montréal. She holds PhD in Tax Law and master’s degree in International Taxation from the University of Florida.

Currently, she is working as a Professor at the Sherbrooke University and as Co-Director of Graduate Studies in Taxation (Longueuil campus). She set up an income tax center to teach people to file their own income tax returns and make the most of available tax credits.

During the past two years, she received the women’s leadership Award and “Avocate de la relève” Award