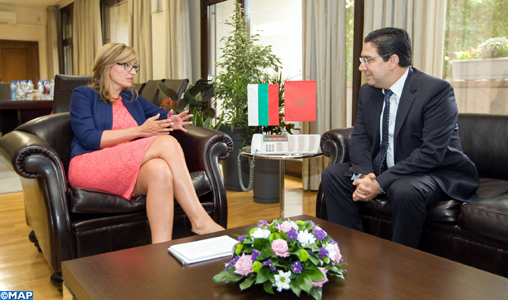 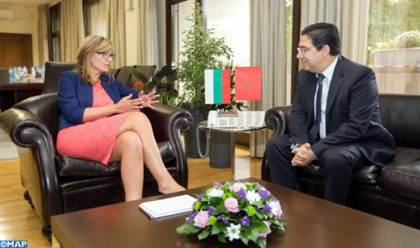 The Government of Bulgaria has hailed the “serious efforts” made by Morocco with a view to reaching a “lasting and just solution” to the Sahara issue through negotiations under the auspices of the United Nations and in line with Security Council Resolutions.

“We encourage the parties to the conflict to cooperate more” in order to make progress in the political process, said the Bulgarian ministry of Foreign Affairs in a press release issued Thursday after top diplomat Ekaterina Zaharieva received in Sofia Moroccan Minister of Foreign Affairs Nasser Bourita.

During his visit to Bulgaria, Bourita also met Vice-President Mrs. Iliana Yotova. Talks focused on bilateral relations, Morocco’s ties with the European Union, the fight against illegal immigration and terrorism as well as the Syrian crisis and climate change.

The Vice-President of Bulgaria hailed on this occasion Morocco’s political stability and the progress made by the North African country in the social and economic fields under the leadership of King Mohammed VI.

Bourita’s visit to Bulgaria is part of a tour to the Balkan region aimed at expanding and diversifying the Kingdom’s partners in Europe.

Sofia is the last leg of this tour that had already led the Moroccan foreign minister to Bucharest and Belgrade. Rumania and Serbia had also hailed Morocco’s earnest efforts seeking to reach a lasting and fair solution to the Sahara issue that is jeopardizing Maghreb integration.