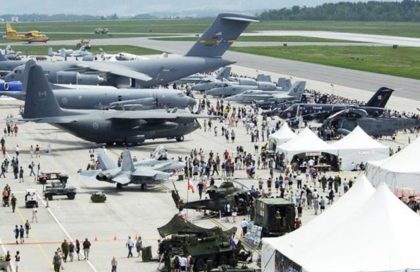 The Marrakech airshow has become an annual event to showcase the progress achieved by Morocco’s aeronautical industry which is expected to grow by 20% in the next five years.

Speaking to the press at a conference dedicated to the event, held this October 24-27, Minister for Industry, Investment, Trade and the Digital Economy Moulay Hafid El Alamy said that promising prospects are ahead for the aeronautical industry in Morocco whose exports reached $1.2 billion in 2017.

He pointed to international giants who tapped into Morocco’s air industry potential including Boeing, Airbus and Bombardier.

“100% of Boeing cables are made in Morocco,” he said adding that 135 suppliers have set up production plants in Morocco.

The Marrakech Air Show is held October 24-27 as an annual event bringing together professionals and exhibiting civilian and military airplanes.