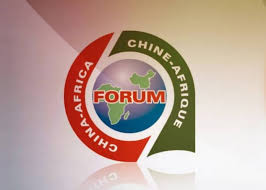 Morocco Underscores in China Relevance of its African Policy

Morocco has called for a tripartite cooperation with China benefiting Africa’s social and economic development, one of the end-goals of the Kingdom’s new African policy.

“Morocco is ready to work together with its African and Chinese partners to push forward the continent’s social and economic development,” said Minister Delegate for Africa, Mohcine Jazouli.

Speaking at the 7th China-Africa forum (FOCAC), Jazouli underlined the importance of the Belt and Road initiative, which, he said, would have a beneficial impact on Africa.

Last January, Morocco and China agreed to establish an academic institute tasked with conducting studies on the “Belt and Road” initiative. Morocco was the first African nation to join the initiative in 2013.

Morocco and the China Association for Industrial Cooperation (CAIC) have agreed in late 2017 to set up an economic zone in Fez offering a platform for various industries. The deal reflects China’s increasing interest in Morocco.

Chinese President Xi Jinping announced 60 billion dollars in assistance and loans for Africa during the last summit in Johannesburg, South Africa, in 2015.

North Africa Post's news desk is composed of journalists and editors, who are constantly working to provide new and accurate stories to NAP readers.
NEWER POSTMEPs in Morocco to See Positive Impacts of Fisheries Accord on Sahara Population
OLDER POSTLibya’s UN-Backed Gov’t Announces State of Emergency in Tripoli