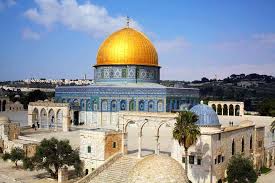 The Organization of Islamic Cooperation (OIC) has hailed the sustained efforts made by King Mohammed VI, Chairman of the Al-Quds Committee, in defending the holy sites of Islam in Al-Quds Al-Sharif against Israeli attempts to Judaize the holy city.

In the resolutions adopted Saturday in Abu Dhabi at the end of the 46th session of their Council, the OIC Foreign ministers praised the important role played by Bayt Mal Al-Quds Agency which carried out several development projects for the benefit of the inhabitants of the holy city.

They called on the OIC member States to strengthen their support to the Agency to enable it to continue the implementation of its programs.

The Council of OIC foreign ministers also praised “the noteworthy efforts made by the Moroccan King to boost the Bayt Mal Al Quds Agency, through his permanent and generous support for its activities to enable it fulfill its missions and continue defending the holy city and its Palestinian inhabitants and preserve the Arab-Islamic identity of Al-Quds”.

The Bayt Mal Al Quds Agency carried out 11 projects in 2018 at a total cost of $3.7 million. The projects were related to the protection of the cultural and urban heritage of Al Quds, social assistance and support for the resistance of the city’s inhabitants.

According to a report of the Agency distributed during the 46th session of the Council of OIC Foreign Ministers, the Agency launched the second phase of the restoration and rehabilitation of the building of the Moroccan Cultural Center in Al Quds – Bayt Al Maghrib, for a total cost of $1.155 million.

Morocco took part in the Council’s meeting with a delegation led by Mounia Boucetta, Secretary of State to foreign Affairs.

In her speech to the Council, Mrs. Boucetta underlined Morocco’s determination to continue its peaceful efforts to support the legitimate rights of Palestinians on the basis of international resolutions and the Arab peace initiative in order to reach a two-state solution, providing for the establishment of an Independent and fully Sovereign Palestinian State with Al Quds as its the capital.