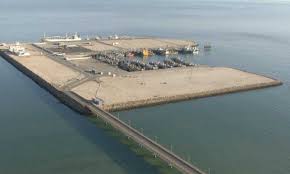 A delegation from the European Parliament’s Committee on International Trade (INTA) starts this Monday a visit to Morocco to see first-hand the positive impacts of the Morocco-EU fisheries accord on the population of the southern provinces.

Chairman of the Moroccan-EU Joint Parliamentary Committee Abderrahim Atmoun welcomed the MEPs’ visit, saying it is in line with the provisions of the renewed fisheries deal, which enables the local inhabitants to benefit from the Morocco-EU agreement and promotes sustainable fisheries.

The trip will enable INTA members to see in person and be assured that the extension of preferential trade tariffs to the region, as proposed by the European Commission and the European Council, will benefit the population living in the Moroccan Sahara.

The MEPs Mission comes few days after debates at the European Parliament on the renewal of the EU-Morocco Fisheries accord. EU Commissioner for Economic & Financial Affairs Pierre Moscovici told INTA members that the new deal is in line with the ruling of the European court of Justice, supports the local development and does not interfere with the UN political settlement process of the Sahara issue.

He also said that the new accord was reached after conducting an inclusive consultation including all the stakeholders. The extension of tariff preferences to the products coming from the southern provinces of Morocco will contribute to the socio-economic development of the region, he insisted.

End of July, the EU and Morocco sealed a new fisheries deal which replaces the one that expired on July 14. Under the new agreement, the financial compensation paid by the EU to Morocco will go up from €40 million a year to € 52.2 million.

Morocco succeeded in including the Moroccan Sahara in the agreement, while all attempts made by its opponents to question this exclusive jurisdiction have been foiled and rejected by the EU.

North Africa Post's news desk is composed of journalists and editors, who are constantly working to provide new and accurate stories to NAP readers.
NEWER POSTThree Moroccan Regions Account for 58% of GDP
OLDER POSTMorocco Underscores in China Relevance of its African Policy