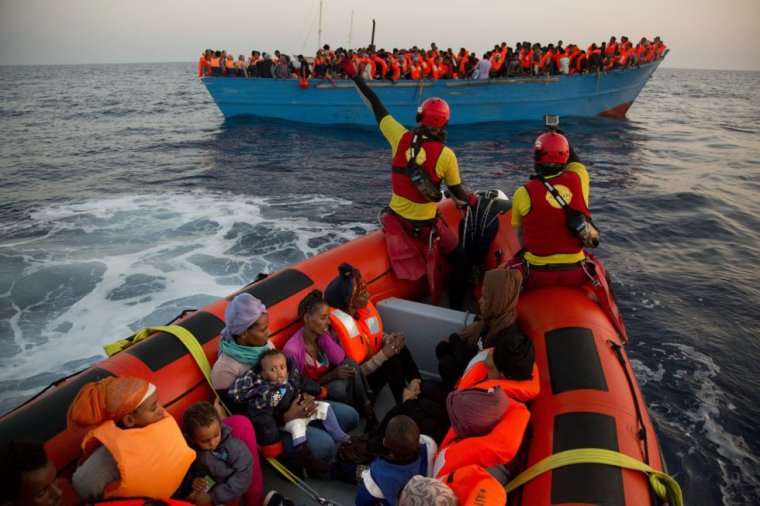 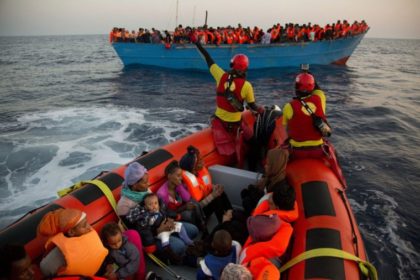 Spanish boat “Open Arms” has rescued 87 African migrants off Libyan coast after their inflatable raft was found floating with a broken motor in the open sea.
The NGO ship docked in Thursday in the southern port of Algeciras after Italy refused to take the African migrants nearly all from Sudan.
The migrant-rescue boat, which is operated by the Spanish NGO Proactiva Open Arms, has rescued more than 5,000 people from the Mediterranean over the past three years.
The charity says that migrants fear if they were returned to Libya they could face imprisonment and torture. Illegal immigration across the Mediterranean has fallen dramatically, with about 60,000 people making it to Europe across the sea to date this year compared to over a million in 2015.
Faced with a crackdown by Libyan authorities and Italy’s hardline approach in dealing with African migrant flow, Spain has now become the main destination for those trying to get to Europe from Africa.
More than 23,700 people have arrived in Spain by sea so far this year with 307 dying in the attempt, according to the International Organization for Migration (IOM).
The Spanish new Socialist government has also allowed the docking of three NGO rescue ships since June for humanitarian reason, while the new Italian government has closed its ports to charity ships operating in the Mediterranean, saying the European Union must share the burden of hosting hundreds of migrants.
In 2017, about 119,000 migrants and refugees arrived in Italy from across the Mediterranean and, according to IOM, more than 3,100 died making the crossing.

In 2016, 181,000 made it to Italy wherein Migration has become a key issue in the country’s political life.
Major parties, including Silvio Berlusconi’s Forza Italia and the Right-wing League, formerly the Northern League, say Italy can no longer accept such high numbers and call for the hundreds of thousands of migrants already in the country to be sent home.