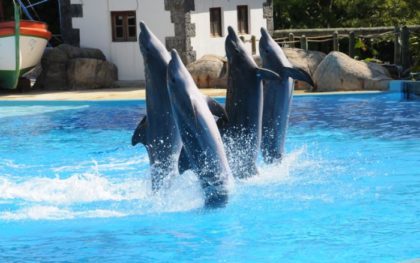 A new Dolphinarium has been inaugurated in Agadir for a total cost of 8 million dirhams adding to the city’s multiple tourist attractions.

Built over a surface area of 1500 square meters, the new attraction called “Agadir Dolphin World”, will offer entertaining shows featuring dauphins and a phoque supervised by a Russian team

Morocco developed vision 2020 for tourism aiming to double the size of tourist sector and boosting revenues to $15bn annually by the end of the decade.