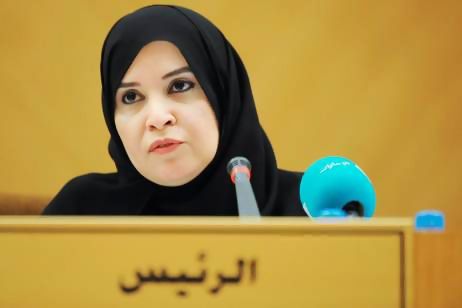 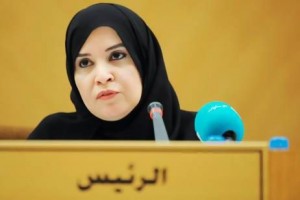 As Deputy Speaker, Dr Amal Al Qubaisi, took the FNC Speaker’s chair, last week in Abu Dhabi, making history as it was the first time ever that a council’s session was chaired by a woman.

This historic event for the newly formed FNC, the federal authority of the United Arab Emirates representing the whole emirati people, shows the progress scored by women in the UAE and evidences the increasing role they are playing on the political arena. After she was elected at the age of 43 as the first woman on the FNC in 2006 out of 452 candidates (62 other women and 392 men), Amal Al Qubaisi became one of the most influential advocates of women’s right in the country. She asked for earlier retirement for women and longer maternity leave and also devoted herself to promoting the Arab identity.

In the mean time she was very active in supporting a 2010 federal Supreme Court ruling that entitled women to travel outside the country with their children without the husband’s consent. So, her appointment, part of the 20 appointed members of the new FNC this year, was no surprise. When she was named deputy speaker, Dr Amal Al Qubaisi was again a pioneer who paved new roads to women in her country and in the Gulf region.

During the four hour session of the NFC she chaired, all members of the council who took the floor took a moment to congratulate her on her accomplishments.