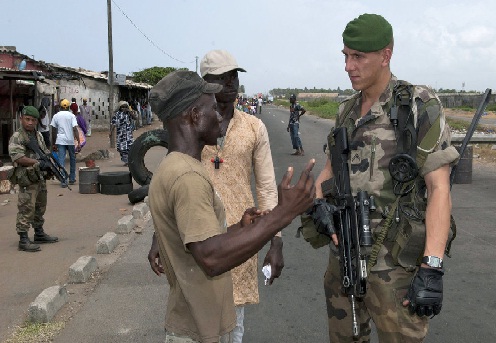 Intervening in Mali – Securing the Sahel?

Last December, the U.N. Security Council passed a cautious resolution that outlined steps to be taken before an international military intervention into Mali to deal with the deteriorating security situation in the country. But in a surprise move on 11 January, French President Francois Hollande authorized airstrikes in Mali to stop a sudden southward push by three Islamist rebel groups.

With Timbuktu, Gao and Kidal no longer in government hands, the civil war in Mali had entered a stage in which the very survival of the Malian democracy was at stake. With government forces failing to turn the battle against the rebels and regain control of the north-east of the country, morale among government forces was quickly deteriorating. Against the background of a perceived lack of government support, army captain Amadou Sanogo staged a coup d’état against the government of Amadou Toumani Touré in March last year. A coup that quickly unravelled an already tense security situation, partly fuelled by the fallout of the civil war in Libya and the breakdown of numerous negotiated settlements between the Malian government in Bamako and Tuareg groups in the north-east of Mali.

The coup was quickly condemned by international leaders and, with increasing isolation, the new regime found itself facing a number of challenges: international support for the fight against a group of radical Islamists and Tuareg rebels in the north-eastern region was quickly waning, giving the coalition of rebels a window to consolidate their gains and expand control to the urban centres of the north. Moreover, much like many other coups led by junior officers, the new regime struggled to re-establish control over the government apparatus. And with such a tense situation, both Sanogo and Touré withdrew from the forefront of Malian politics, creating a power vacuum, which still is not fully filled.

Against the backdrop of rebel gains, West African states – already afraid of expanding influence of al-Qaeda in the Islamic Maghreb – began developing plans for a military intervention. A plan that currently envisages the deployment of 3300 troops by the Economic Community of West African States (ECOWAS), while the European Union announced its intention to support such a mission by a training mission of its own. The intervention by West African nations, however, has not yet materialised and is indeed highlighting regional problems that will persist, whether the European Union comes to the aid of ECOWAS or not.

First, there is the military dimension. Even though the regional grouping has considerable experience with interventions in difficult circumstances – think of Sierra Leone or Liberia – Mali is an altogether different ballgame. The north-east of Mali is dry and hot, sparsely populated desert area, a very different climatic environment from the coastal regions of Western Africa, where most soldiers of an ECOWAS-force would be coming from. Al-Qaeda in the Islamic Maghreb has far more military experience than most of the ragtag rebels that ECOWAS forces encountered during previous interventions. Moreover, any force will need a strong Nigerian contingent, which brings to the forefront the general split in Western Africa between Anglophone and Francophone countries. Second, there is a regional dimension that offers its own dilemma. Mali is a member of the ECOWAS and its appeal for military help, therefore, more than legitimate. Yet, for any mission to succeed, the community will need the cooperation and help of Mali’s northern neighbour Algeria. And Algiers has so far been sceptical towards any intervention, afraid that an intensifying war will spill over to Algeria itself. It is instead hoping that a negotiated settlement might be reached again.

Finally, there is the international community: France has been most vocal in pushing for an intervention and has found some allies in South Africa and India. Yet, the United States had expressed some misgivings about the plan put forward by France, with US ambassador to the United Nations reportedly having called the plan “crap.” The United States preferred a plan that would put democratic elections and thus the re-establishment of democracy before a full deployment of an intervention force – a plan that was initially favoured by ECOWAS as well. The US has also pushed for a number of Mali’s desert neighbours to contribute to the mission, hoping that their forces would bring the necessary military experience to the game. Now, following the arrival of the French troops in crisis-torn Mali, ECOWAS has welcomed the military intervention and also the United States announced its support for the French, with American officials saying that they are providing intelligence to its European ally.

Though France’s policy in Africa has always been regarded with a good deal of scepticism and for good reason, the European Union has largely adopted an Africa policy formulated by the government in Paris. This is largely due to the United Kingdom pursuing its foreign policy outside the European Union and the rest of Europe failing to develop and express their own interests in Africa. This is not a problem as long as French and European interests in Africa overlap and in the current crisis they do. But there is a constant danger that the European Union serves as a fig leaf to France’s interests and that is exactly the way most African elites are beginning to perceive the policies coming out of Brussels. A genuine European Africa policy would go a long way in creating legitimacy. And while that would not impact the military challenges on the ground, it might well help in building international coalitions in fighting rebel Islamic groups in the Sahel.