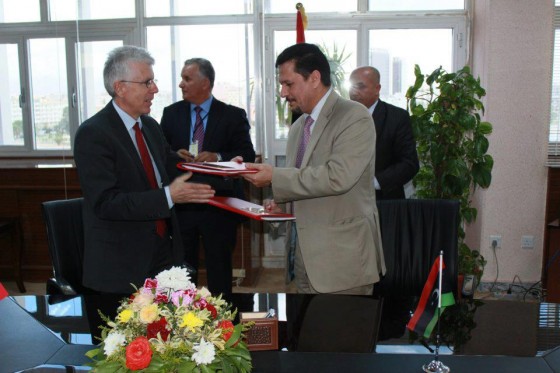 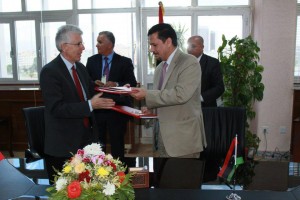 French power leader Alsthom will provide Libya spare parts for 11 gas turbine units under a 250 million euro contract signed with General Electricity Company of the North African country.
The Alstom spare parts are destined for five Libyan power plants operating GT13 turbines manufactured and installed by the French company. The delivery of parts for six turbines is scheduled for 2013, while the remaining parts for the five turbines will be delivered in 2014.
The service works will be partially carried out by ALGEC GT Services, a joint venture set up by Libya and Alstom company. The Joint venture employs more than 100 local employees to service and maintain gas turbines and combined cycle power plants in the country.
Supplying Libya with these parts will enable the country to have all its gas power plants operational and re-connected to the electrical grid to provide households with enough power during summer & winter peaks.
Alstom has delivered Libya a total of 24 gas turbines, which produce more than 50 pc of the country’s overall electricity output.
Alstom Vice President, Hans-Peter Meer said his company is  committed to restore power back to Libya. “Our services ensure that gas plants across the globe continue to operate with high efficiency and reliability. They will be instrumental in bringing much needed generation capacity back to the Libyan grid”, added the Alstom official.

North Africa Post's news desk is composed of journalists and editors, who are constantly working to provide new and accurate stories to NAP readers.
NEWER POSTIntervening in Mali – Securing the Sahel?
OLDER POSTMorocco : the Benkirane-Chabat Showdown