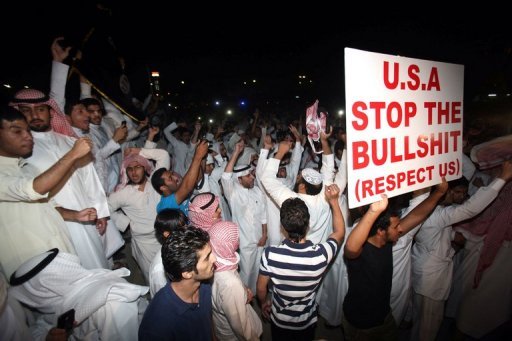 Washington fears violence over anti-Islam film may spread to U.S.

While protest movements and demonstrations, sometimes violent, are being staged across the Islamic world to denounce the video deemed insulting to Islam’s prophet Mohammed and to Muslims’ beliefs, Washington is fearing this violence may spread to the United States. 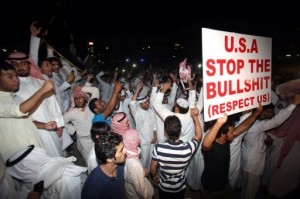 According to US media, the FBI and the Department of Homeland Security have released a joint warning bulletin, cautioning that the violence triggered by the film could grow abroad and at home as well and calling staff to be vigilant.
“Additionally, we judge that violent extremist groups in the United States could exploit anger over the film to advance their recruitment efforts,” the bulletin as reported by the media says, adding that “although there has been no violent reaction to the film in the Homeland thus far, the risk of violence could increase both at home and abroad as the film continues to gain attention.”
According to US media outlets, the warning also requested “faith-based organizations to promptly report suspicious activities that could indicate pre-operational plotting against Jewish, Coptic, Islamic, or any other faith-based communities.”

Protests first broke out in Libya and Egypt

The violent protests against the anti-Islam video that broke out in Egypt and Libya- where an attack on the US consulate in the Libyan eastern city of Benghazi killed the US ambassador to Tripoli and three members of his staff-quickly spread to other North Africa and Middle East countries.
Most of these countries have issued statements denouncing the defamatory film as well as the violent acts targeting US diplomatic missions.
Secretary of State Hillary Clinton said the U.S. government had no role in the film and had not condoned its production.
After a meeting Thursday at the State Department with Moroccan Foreign Minister, Saad Eddine el Othmani, she described the video as “disgusting and reprehensible.”
“To us, to me personally, the video is disgusting and reprehensible. It seems to have a deeply cynical purpose: to denigrate a great religion and to provoke rage,” she said.
She stressed however that there is no excuse for violence against U.S. diplomatic missions.