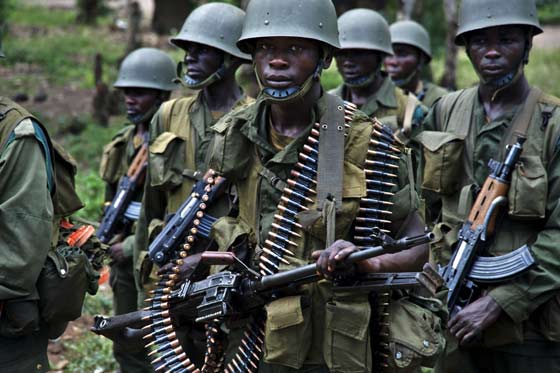 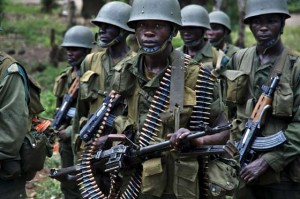 The United Nations peace keeping operations department is looking into the proposal to deploy a neutral force in the eastern parts of the Democratic Republic of Congo (DRC) in an attempt to quell the violence and alleviate the sufferings of the local population.
The proposal to deploy a neutral international force along the Rwanda- DRC border was made last July during a regional summit of the Great Lakes countries after armed groups escalated violence in the provinces of North and South Kivu.
The head of the UN Department of Peacekeeping Operations, Under-Secretary-General Hervé Ladsous,  who is touring the region, told a news conference  that “the concept must be developed and further detailed” and that “it is up to the Security Council to express itself on the approval of such a concept and its implementation,”  A UN statement released Thursday said.
Hervé Ladsous is visiting the Great lakes region part of preparations for a summit scheduled for September 27 in New York on the sidelines of the UN General Assembly. The summit will ponder on ways to stem violence in the DRC.
“The DRC has certainly experienced, in these last months, an extraordinarily complex and sad situation, marked by much suffering and considerable displacement of the population due to violence, murders, rapes and insecurity,” Ladsous told reporters in Goma (North Kivu province), according to the UN statement.
According to the UN statement, one of the key actors in the resurgent conflict is a group of renegade soldiers known as the 23 March Movement (M23). It has clashed with national army troops supported by peacekeepers from the UN Stabilization Mission in the DRC (MONUSCO), and has caused massive displacement of local residents, in addition to raising concerns about the region’s stability.
The fighting has uprooted nearly half a million people over the past months.
In a message to a mini-Summit of the International Conference on the Great Lakes Region, held in Kampala on September 7-8, the UN Secretary General Ban Ki-moon voiced concern over the security and humanitarian conditions in eastern DRC resulting from the activities of the M23 mutineers, as well as other national and foreign armed groups.
“The humanitarian situation remains dire, with over 226,000 people displaced in North Kivu alone in the past several months while over 57,000 Congolese have crossed into Rwanda and Uganda.  The worsening security and humanitarian conditions continue to pose a threat to stability in the wider Great Lakes region,” said the UN chief who called for “continued and strengthened high-level dialogue at the bilateral and regional level aimed at finding a durable solution, including through addressing the underlying causes of the conflict.” “Military deterrence alone will not resolve the current crisis,” he said.