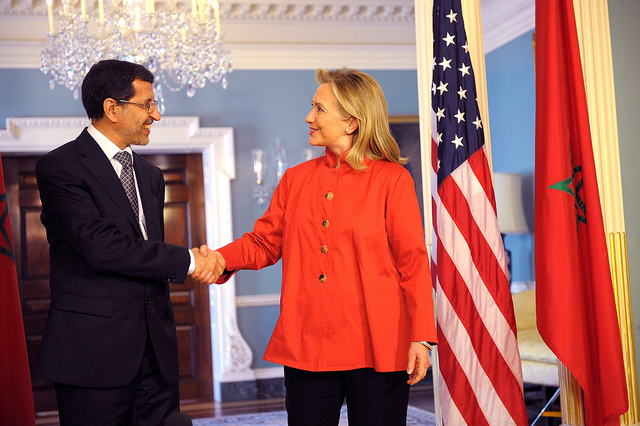 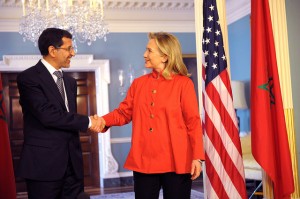 The United States and Morocco have launched on Thursday in Washington the first round of a strategic dialog meant to boost longstanding relations between the two countries, at a time the region is at grips with insecurity.
This strategic dialog that is triggering a new phase in a centuries-old partnership covers political, economic and cultural cooperation as well as cooperation in security related matters.
The security dimension of the US-Moroccan strategic pact is all the more important as the dialog is taking place on the morrow of the attack on the US consulate in the Libyan eastern city of Benghazi in which four Americans including the ambassador were killed.
The assault on the consulate, initially believed to have been conducted by angry demonstrators protesting an anti-Islam Internet film made in America by an Israeli-American, might have been orchestrated, as underlined by some US officials, by groups affiliated to Al-Qaeda. The heavy weapons used to storm the diplomatic compound and the organization and seemingly good training of the assailants substantiate this hypothesis. As to the date of the assault, US officials cautioned that it was too soon to tell whether the attack was related to the anniversary of the Sept. 11 attacks.
The destabilization threat looming on the whole Sahara-Sahel region, on North Africa and beyond is therefore reason enough to prompt the two countries to focus their cooperation on the security aspect so as to take up the challenge thrown at the region by Al-Qaeda in the Islamic Maghreb (AQIM) and other groups affiliated to it. This is all the more so as Washington is fully aware that Morocco, which is bound by historical and civilizational ties to sub-Saharan Africa,  is able to promote stability in this region and can be a major player in any conflict settlement.
Washington is also fully aware of the key role that Morocco can play in promoting the economic development of sub-Saharan and Sahel countries in the frame of a triangular cooperation and a multi-faceted strategy of struggle against extremism and destabilization attempts, which put at stake regional and global stability.
The decision to initiate this strategic dialog is also interpreted by some commentators as an additional sign of Washington’s support to the democratic reforms launched by the North African country during the past thirteen years and as a confirmation of its stabilizing role in a troubled region.
The strategic dialog is recognition not only of the historical and historic partnership between the two countries but also of the progress scored by Morocco on the path of democracy and the rule of law, according to observers.
The two countries’ decision to set up a new mechanism to enhance their political, economic, cultural and strategic cooperation is thus viewed as a timely decision that will serve geopolitics as well as the two parties’ interests.
The Strategic Dialogue, result of focused, comprehensive leadership and cooperation by King Mohammed VI of Morocco with three US Administrations, will undoubtedly strengthen Morocco-US relations and implement the two countries’ shared vision for the Middle East and North Africa.