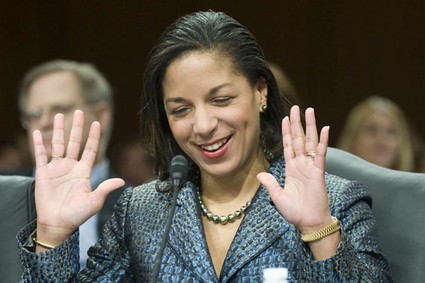 Sinking Susan Rice’s Nomination: What It Could Mean for the U.S. North Africa Policy

When Susan Rice withdrew her name from the consideration for nomination for Secretary of State, she did so largely to save the White House from a costly political fight.

Over the previous weeks, Senators John McCain, Kelly Ayotte, and Lindsay Graham had attacked her vigorously for not calling the attack on the US consulate in the Libyan town of Benghazi on September 11th an act of terrorism, when appearing on television the following Sunday. The campaign against Susan Rice was silly, costly and, worst of all, will make a more assertive foreign policy over the coming years less likely.

Not mincing words, the death of John Christopher Stevens, who had arrived in Libya only in May this year, was devastating. The pure fact that a US ambassador had travelled to a virtually unguarded consulate on the anniversary of 9/11 is one thing. It is quite another that the State Department had intelligence that some attack was likely, if not imminent, and had failed to act upon it. Worse still that Susan Rice was sent on Sunday talk-shows presenting talking points, which the Central Intelligence Agency (CIA), by David Petraeus’ own admission, knew to be false. In fact, it now is safe to say that there were two monumental failures, if not outright scandals, for which President Obama’s national security team holds ultimate, if not sole responsibility. The State Department failed to act upon intelligence and lost an ambassador; though the CIA had a pretty good intelligence report right after the attack, it either failed to share this report with the White House or allowed it to be messed with by the West Wing. In both scandals, Susan Rice as the US ambassador to the United Nations, however, cannot possibly be blamed.

So, why did she become a target? It was always unlikely that the Republicans would be going after the head of the CIA; after all David Petraeus was something of a darling to Republicans and hawkish Democrats. And would it not be for the apparent and ridiculous desire of some left-leaning pundits on msnbc and elsewhere to see Hillary Clinton running as the Democrat’s presumptive nominee in 2016, someone may have reminded the Republicans that the one and only person ultimately responsible for the staggering failure of security in State Department installations is the Secretary of State herself.

In fact, if one were to take the journalist’s duty seriously and muster to ask what Secretary of State Clinton has accomplished during her tenure at Foggy Bottom, the reluctance to question her role becomes even more befuddling. Where is the United States on the Arab Spring, Syria and all those Middle Eastern states, yet to initiate meaningful reforms? Nowhere and everywhere, it would seem. Has the reset with Russia produced any tangible result? Certainly not. Are United States’ interests in Iraq being secured? By no means. Is Pakistan, which Obama in his 2008 campaign rightly referred to as the critical challenge in the war on terror, better off or cooperating more willingly with the West? Not by any stretch of imagination. Is the Afghanistan transition on track? In a mirror universe, perhaps. Has the United States shown any tangible initiative on the Indian subcontinent, in Africa or Latin America? Dare I mention the Iranian nuclear programme? By now, you might guess where this is going.

The ultimate irony, hence, is this: Susan Rice would have been exactly the sort of Secretary of State Senator John McCain and his two amigos would have loved. She is far closer to them philosophically, though not personally. After all, it was Susan Rice’s voice that proved critical in steering the United States towards intervention in Libya in March 2011, something John McCain and Lindsay Graham were pushing for as well. An intervention, alas, toward which Senator John Kerry, the presumptive successor of Hillary Clinton, took a much more hesitant stance and the White House had hoped to avoid altogether.

Susan Rice is widely known for her assertive, sometimes even aggressive attitude. Her tenure as United States ambassador to the United Nations put her in line with a number of strong and assertive ambassadors sent to New York over the past decades, from Jeane Kirkpatrick to John Bolton. But her assertiveness is not necessarily a bad thing, given that the Unites States has not exactly been taking a leading role in international affairs in recent years. Moreover, Rice has experience in the State Department bureaucracy, having served as Assistant Secretary for African Affairs during Bill Clinton’s second term. She is familiar with the bureaucracy—and its shortfalls—and has tremendous experience in African and North African affairs.

Given the challenges posed by the Arab Spring and its fallout in the Sahel, she would have been exactly the right person to steer the foreign policy in the current international climate. Senator John Kerry, too, is intensely familiar with international affairs. But in contrast to Rice, he has never led a huge government bureaucracy and does not have the same familiarity with the regions that are currently presenting the most pressing challenges. Senator John McCain jokingly referred to John Kerry as Mr. Secretary, long before Kerry had been nominated, and thus reminded the audience, who paved the way for Kerry to head the State Department. Would it not be such a cliché, one would simply say, be careful what you wish for.