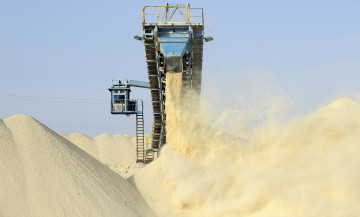 The $230 million worth project, co-financed by the two part-ners, will have an annual production capacity of 1.2 million tons of NPK fertilizer (nitrogen, phosphorus, potassium). The fertilizer production unit is expected to start operations in the summer of 2018.

The announcement was made on the sidelines of a visit to In-dia of a large Moroccan delegation, led by Minister of Equip-ment, Transport, Logistics and Water, Abdelkader Amara.

During the visit (Dec.14 to 21), the delegation held talks with several Indian officials, including the Minister of State for For-eign Affairs, Mubasher Jawad Akbar, the Minister of Health and the Minister of Equipment, infrastructure and sea freight, as well as with members of the Confederation of Indian Industry (CII).

The visit highlighted by the signing of bilateral agreements and memoranda of understanding in several sectors, particu-larly health and the fight against epidemics, telemedicine, railways, roads, port infrastructure and water resources.