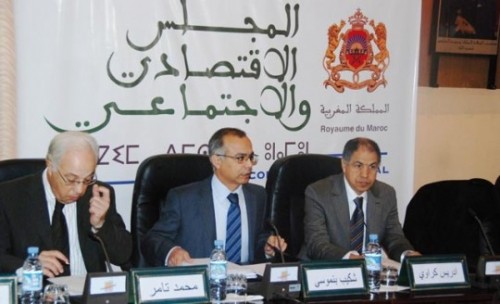 The new economic and social development project Morocco is planning to implement in its southern provinces will contribute to stability at the macro-regional level, said Secretary General of the Economic, Social and Environmental Council, Driss Guerraoui.
This regional development project will also raise the local populations’ standards of living and improve cultural cohesion, Guerraoui told NAP. He explained that the project, to be carried out with the participation of ‘a strong and attractive private sector,” seeks to enhance an economic and social development “based on solidarity and on a transparent, accountable and participative governance.”
The new economic and social development project, whose broad outline was disclosed last week by the Economic, Social and Environmental Council (CESE), is inspired from the Moroccan new constitution and the objectives of the Social Charter developed by the CESE.
Guerraoui who gave details on the approach adopted to sketch out the project broad lines said the council ad hoc commission entrusted with the task involved in its debates key players at both central and regional levels. Thus, the Head of Government and some cabinet members, local officials and presidents and Walis of the three southern regions, economic and social development agencies, the National Council for Human Rights, the Ombudsman, and several experts of development issues were associated to the commission work.
The trade unions, associations, representatives of civil society, experts and all other components represented within the Council participated in the debates, he said.
The CESE vice-president Ahmed Abaddi on his part said the problems are raised and the solutions are sought with the participation of all the components of the local populations.
He insisted that this project is a lead up to implementing the regionalization process, first in the southern provinces and later on in other regions of the country. Under this process, the populations of each region will manage their own public affairs and resources.
The ad hoc commission found out that the region, despite the huge investment amounts injected by the state, remains unattractive to private investors, said Abaddi who underscored the shortcomings of the assistance-based economic policy implemented so far. The region needs a new economic development based on the inhabitants’ integration and the attraction of investors. “The region needs to become an oasis of peace and a tourism and cultural attracting spot,” the CESE vice-president said. He insisted that the new development plan needs to grant all due attention to the social and cultural dimension as well as to local skills and that governance needs to target the fulfilment of the populations’ expectations.
Driss Gerraui, who is also professor of economics at the Mohammed V University in Rabat, explained that the development project and the advanced regionalization proposed for the southern provinces will pave the way to the Moroccan autonomy plan that seeks to reach a final settlement to the Western Sahara conflict.
The Council secretary general underscored Morocco’s determination to end this conflict that has lasted for too long, pointing out that “the current events in the Sahel region make it even more urgent to find a negotiated political solution” to the Western Sahara conflict to shield North Africa from jihadist terrorism. He also underscored the benefits the settlement of this conflict will entail for the development process and unity of the whole Maghreb region.
The Moroccan Environmental, Economic and Social Council will follow through on its commitments and come up by next October with a comprehensive and promising development plan that will give new impetus to the Moroccan southern provinces and turn them into a hub for investment and a model of integrated regional development.
The implementation of the development plan will be based on mid and long term strategies but quick wins will accompany these strategies, the CESE vice-president Ahmed Abaddi said.