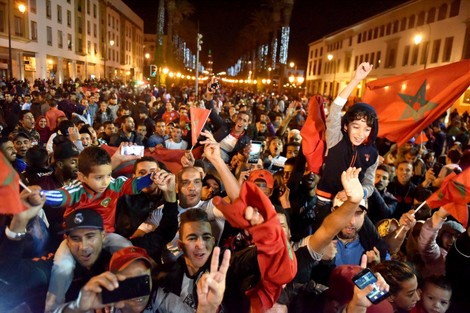 Jubilation in Morocco after National Team Qualifies to World CUP 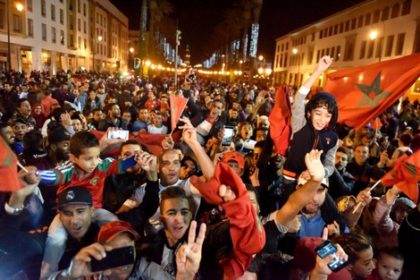 Euphoria took over the streets of Moroccan cities as the Atlas Lions secured a well-deserved qualification to the 2018 World Cup in Russia following a 2-0 victory in an epic battle against Côte d’Ivoire in Abidjan.

Led by coach Hervé Renard, the Moroccan squad maintained an upbeat performance completing the qualifications without conceding a single goal making it to the World Cup since their last appearance in 1998.

Nabil Dirar gave Morocco the lead on 25 minute, delivering a cross that Khalid Boutaib came close to heading, but the ball ended up finding the back of the net.

The Atlas Lions then doubled their lead just five minutes later through Captain Mehdi Benatia’s neat finish off a corner, ensuring Herve Renard’s men finished top of Group C and the only team in the overall qualifiers, which did not concede a single goal.

Right after the victory, King Mohammed VI of Morocco called Renard and team captain Mehdi Benatia whom he congratulated for the landmark achievement. The king also addressed a congratulatory cable to the Moroccan victorious team.