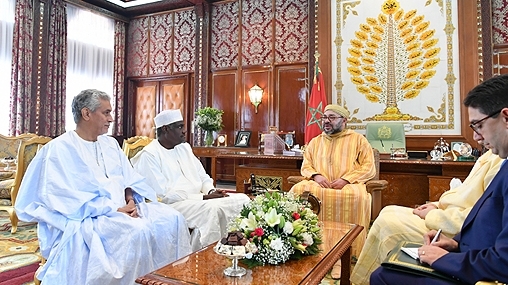 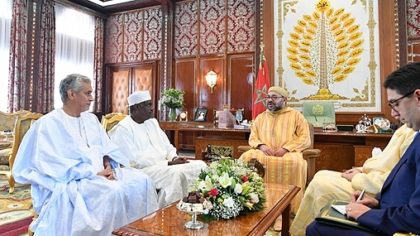 King Mohammed VI received Friday (Nov.3) at the Royal Palace in Rabat, the President of the African Union Commission, Moussa Faki Mahamat, said the Royal office in a statement.

The President of the AU Commission commended Morocco’s outstanding contribution to the promotion of peace, stability and development of the Continent, especially since its return to its African institutional family last January.

Moussa Faki Mahamat also praised the king’s action geared towards the promotion of inter-African South-South cooperation and paid tribute to his commitment as the leader on the immigration issue within the African Union.

At the initiative of Guinea’s President and acting Chairman of the AU Alpha Condé, King Mohammed VI was put in charge of the question of migration during the AU January summit. The Monarch had agreed to coordinate the action of the AU on this very important issue and later on submitted to the AU’s presidency, a paper laying out a common African Vision on migration and the related stakes and challenges.

At the Friday meeting, King Mohammed VI and the President of the AU Commission discussed the various challenges facing the African continent, as well as the opportunities to be seized in order to place Africa irreversibly on the track of economic emergence, social development and political stability.

The coming meetings at the continental level were also brought up.

It is to be recalled that during the African Action Summit, held in Marrakech in November 2016 on the sidelines of the COP22, three commissions were set up under the effective presidency of King Mohammed VI. The commissions concern the Sahel region, the Congo Basin region, and the island states.