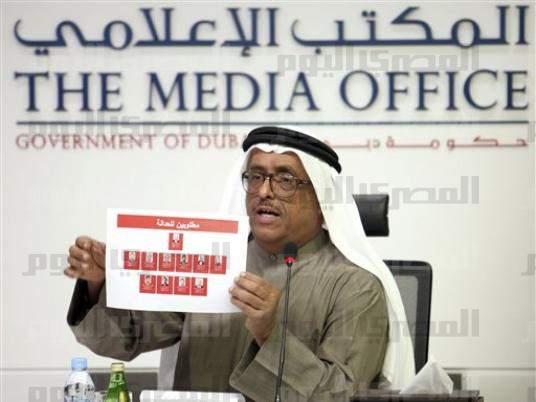 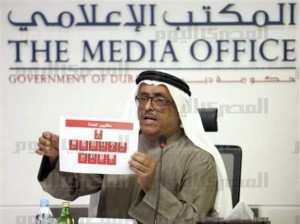 United Arab Emirates security services have said they disrupted lately an Egyptian Muslim Brotherhood network that “recruited Egyptian expatriates in the UAE” and “received instruction on means of changing leadership in Arab countries”.
According to Al-Khaleej newspaper, the group, made of a dozen people including three doctors, held “secret meetings” across the oil-rich country, set up companies and collected “large amounts of money that was sent illegally to Egypt Brotherhood Organization”.
Members of this cell are also accused of having gathered secret defense information on the UAE, added the paper, saying there was a “continuous coordination” between the UAE-based group and the Brotherhood in Cairo.
“Egypt’s Muslim Brotherhood had offered the cell’s members courses … on elections and the means of changing leadership in Arab countries,” UAE intelligence officials said.
Angry Egyptian protesters have gathered in front of the UAE embassy in Cairo denouncing the arrest of the Brotherhood members and demanding their immediate release.
Last December, the UAE has dismantled Saudi and Emirati cells tied to Al-Qaeda. They were planning to carry out “terror” attacks in Saudi Arabia, the UAE and other Gulf countries. The cell members have “imported explosive materials and devices the aim of committing terror acts,” UAE security officials said. Their arrest came after coordination between security authorities in the two Gulf  States.
The UAE, a major oil exporter, regional business hub and U.S. ally, has escaped so far from the social unrest and political turmoil that have shaken the Arab world. The Gulf country has captured more than 60 Islamists in 2012 over alleged threats to state security and links to a foreign group.
The United Arab Emirates is a federation of seven sheikhdoms led by oil-rich Abu Dhabi, the capital, and also comprises Ajman, Dubai, Fujairah, Ras al-Khaimah, Sharjah and Umm al-Qaiwain.