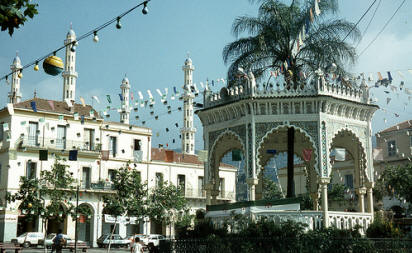 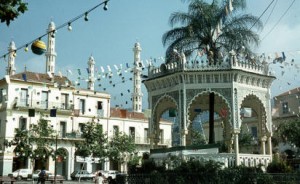 Following the announcement of Constantine as the capital of the Arab culture by the 21st General Conference of the Arab League Educational, Cultural and Scientific Organization (ALECSO) hosted in Tunisia, the country has already started to lay out plans to honor it and use it as mean of promoting the destination of the country and selling it out to holiday makers.
According to the newly elected head of the National Federation of Hotel and Tourism (FNHT), twelve major projects have been approved to boost national tourism and promote destination Algeria in the town of Constantine. Constantine lies almost 431 kilometers away from the capital, Algiers. The new president of the National Federation of Hotel and Tourism Aissa Derdour said that the launching of the projects above will be held across the country in different provinces.
Dwelling on the major projects, the president revealed that two spa resorts in Oued Athmenia (Mila) and Hassi Bahbah (Djelfa), worth DZD 700 million each, and three  cultural and scientific tourist clubs (DZD 112 each), including one in Constantine, are among the major investments planned by the operators. Two seaside and ecotourism resorts, worth DZD500 million each, in Jijel and Batna, two hotels for cultural and spa tourism in Blida and Biskra, as well as a big hotel for business tourism worth DZD1.750 billion will be also launched in 2013.
Algeria is trying to diversify its economy which relies heavily on its oil exportation but the government has in recent years adapt a strategy of diversification of its economy to make less fragile and the naming of Constantine as the cultural capital couldn’t come anytime better to promote tourism in the country as security issues continue to threaten the sector in other countries in the region.