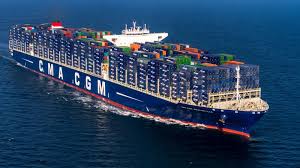 Dubbed WAZZAN II, this newly created service has been set up specifically to respond to the increase in trade between Morocco and West Africa. This new weekly service will thus offer Moroccan exporters an unmatched offer of transport solutions to the four West African countries, and will indirectly connect other more landlocked African countries such as Mali and Burkina Faso.

CMA CGM is recognized as one of transport leaders in Africa. Named after the explorer Hassan Al-Wazzan, this new service allows a direct weekly connection between Morocco and the countries of West Africa, without any stopover, with reduced transit times of 4 days from Morocco. Tema (Ghana) is thus reached in 10 days, Monrovia (Liberia) in 6 days, Abidjan (Côte d’Ivoire) in 9 days and Cotonou (Benin) in 12 days.

Since the beginning of this July, four vessels have been operating Algeciras – Tangier – Casablanca – Monrovia – Abidjan – Tema – Cotonou – Takoradi.
Founded in Marseille in 1978 by Jacques Saadé, the CMA CGM Group is a leading worldwide shipping group. Now headed by Rodolphe Saadé, the Group is present in more than 160 countries through its network of over 755 agencies, with more than 29,000 employees worldwide (4,500 in France).