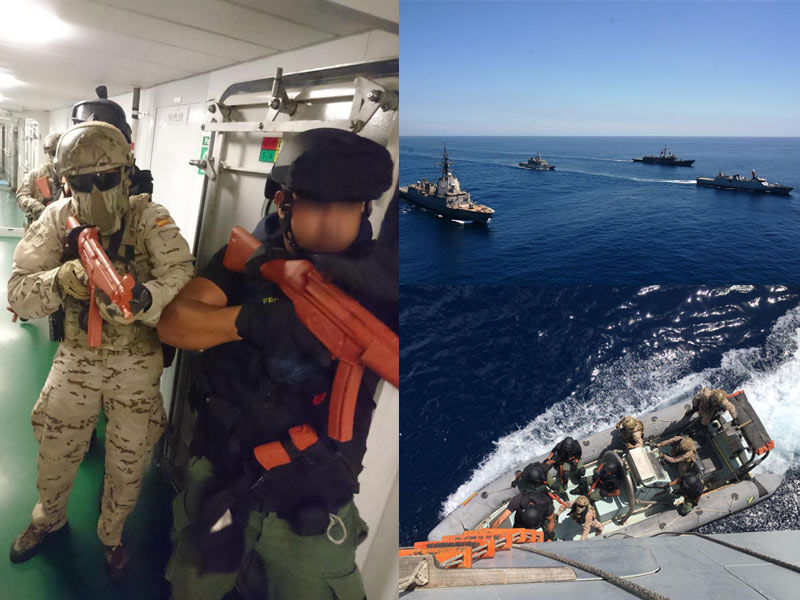 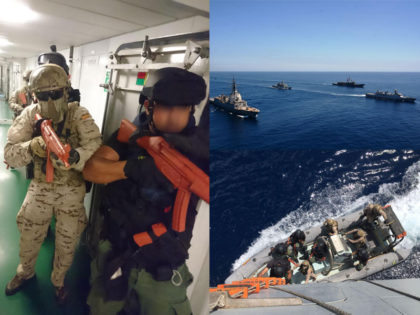 NATO Ships of Standing NATO Maritime Group 2 (SNMG2) and the warships of the Royal Moroccan Navy on Tuesday conducted a joint naval exercise off Casablanca, part of the advanced maritime cooperation and training between the two sides.

The Allied Maritime Command hailed the professionalism of the Royal navy saying, “Morocco’s professional and modern Navy easily integrated with the NATO maritime group and Special Operations unit as demonstrated in the higher level tactical training conducted in this Passing Exercise including navigation, seamanship and Special Operations boarding”.

Morocco has been a significant and strong NATO partner for more than two decades, both through the Mediterranean Dialogue and through NATO’s individual cooperation program. As an active partner in the Maghreb and one of the nations bordering the strategically significant Strait of Gibraltar, Morocco is critical to the stability and security of the Mediterranean Sea, the press release outlined.

Morocco’s cooperation with NATO is multifaceted and also covers cyber security risks. This issue was discussed mid-May in Rabat at a meeting between by Assistant to NATO’s Secretary General in charge of emerging risks Sorin Ducaru and Morocco’s Minister Delegate in charge of the Administration of National Defense Abdeltif Loudiyi.
Beside cyber security as an emerging threat, the two parties discussed the multiple facets of cooperation between NATO and Morocco, both at the bilateral level and as part of the Mediterranean dialogue.