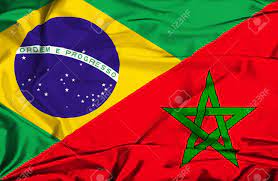 Morocco’s exports to Brazil have reached a record level estimated at about $2 billion in 2021, according to data of the Brazilian Ministry of Economy.

The data suggest that Morocco has exported products worth more than $1.9 billion to the Latin American country, which represents a record level never reached before since 1997 when Moroccan exports to Brazil did not exceed 50 million.