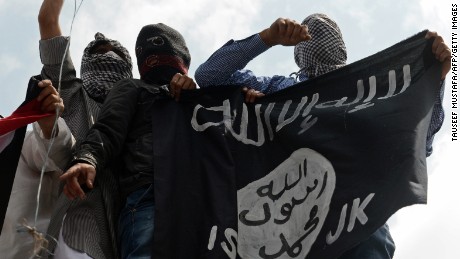 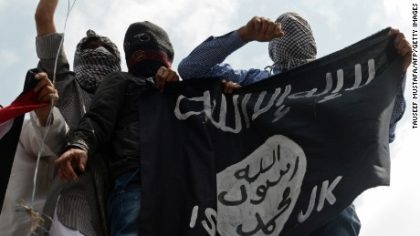 Rayan Mashaal, aka Baraa Kadek, identified as the creator of Amaq; a news outlet aligned with the Islamic State group (IS) was killed Monday in the Syrian town of Mayadeen controlled by the terror group, reports say.
Amaq created in 2014 has aligned itself with the terror group and publishes propaganda videos and photos of IS, as well as its statements claiming hundreds of attacks carried out by its militants.
Mashaal, 31, was reportedly killed at home with his daughter. His brother reportedly announced his death on facebook describing him as a martyr.
Syrian activist groups, including prominent Eye on the Homeland, have also circulated the news about the death of Mashaal and his daughter.
Mohammad Khaled, the executive director of opposition news network Aleppo24, told AFP that Mashaal had been a well-known media activist before joining IS, The New Arab reports.
“I met him in 2012. Baraa (Mashaal) was one of the old revolutionaries of Aleppo,” he said.
“We knew that he was founding this (Amaq) agency in 2014 because he invited all the activists in Aleppo to join him,” Khaled said.
IS still controls parts of Syria but has been losing ground and is on the verge of losing its Raqqa stronghold.
The international coalition led by the US has been pounding positions of the terror group since 2014.
The group is also caught in tight grip in Iraq between Shia militia and the Iraqi army supported by US and allies’ aerial power.