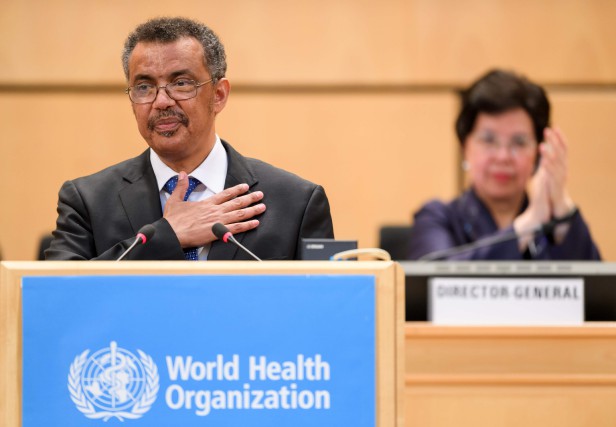 WHO Elects First Ever African Director-General 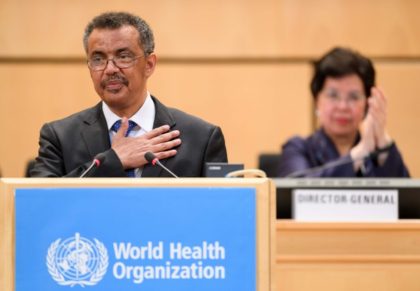 The World Health Organization has elected Ethiopia’s former health minister and malaria expert Dr. Tedros Adhanom Ghebreyesus as director-general.
He’s the first African to ever hold the position in nearly seven decades of the existence of WHO, one of the most powerful UN agencies, employing some 8000 people across the world.
He replaces Margaret Chan, who will step down at the expiration of her 10-year tenure at the end of June.
“Dr. Tedros Adhanom Ghebreyesus was nominated by the Government of Ethiopia, and will begin his five-year term on 1 July 2017,” WHO said in a statement following the Tuesday afternoon vote.
Speaking at the World Health Assembly shortly before the vote, Dr Tedros promised to respond to future emergencies “rapidly and effectively” and stand up for the rights of the poor.
“All roads should lead to universal health coverage. I will not rest until we have met this,” Dr Tedros vowed.
In the first round of voting, Dr. Tedros led with 95 votes, more than the combined votes for his challengers from the United Kingdom and Pakistan. Yet, it took three rounds of voting before he was declared the winner.
The new director-general will have not only the reform agenda but also a struggle for more financial stability to contend with, The Guardian reported.
According to the UK-based newspaper, Member states have been reluctant to give the UN organization core funding and much of its income has been tied to specific projects, giving it less flexibility.
Dr Tedros, who served as Ethiopia’s minister of health from 2005 to 2012, later on held the position of Foreign Minister.
He also served as Chair of the Global Fund and of the Roll Back Malaria (RBM) Partnership Board (RBM), where he secured “record funding” for the two organizations and created the Global Malaria Action Plan, which expanded RBM’s reach beyond Africa to Asia and Latin America, according to a statement released by the UN agency.
He holds a PhD in Community Health and as a health expert and seasoned diplomat he can help the WHO to move forward.