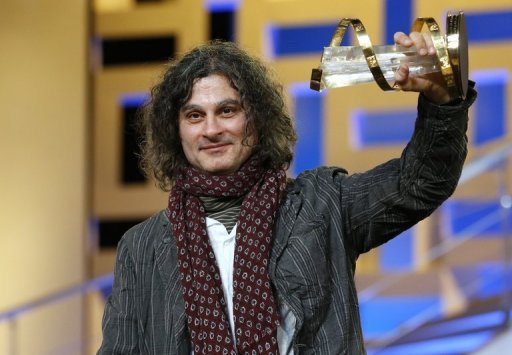 The Middle East issue with its wars, crises, attempts, and death toll has been making the headlines for over 60 years, and last week in Marrakesh, the tragic stories of the Middle East were brought back to minds, if ever they can be forgotten, by the screening of the Attack by Lebanese Ziad Doueiri, during the official competition of the 12th Marrakesh International Film Festival.

The movie was awarded the Golden Star, the highest prize of the festival, last Saturday at the closing ceremony of the festival that ran from November 30 to December 8.
Adapted from the novel bearing the same title by Algerian writer Yasmina Khadra, the movie, screened for the first time in an Arab country, is a complex psychological drama that invites viewers to thoroughly think over the high costs of wars paid by commoners and how one’s certainties can be shattered overnight.

The movie producer, who said he was not expecting the reward and more especially in a festival taking place in an Arab-Islamic country, explained that he approached the Israeli-Palestinian conflict from a different standpoint, going beyond the theses upheld by each of the conflicting parties. “I wanted to shed light on this long lasting conflict from another prism. I wanted the viewers to look at the issue through other lenses.”
From the first sequence of the movie, the viewer is plunged in a human drama, that of a loving husband whose peaceful life in Tel Aviv will be shattered when he discovers that his wife has blown out herself in a bomb attack. The movie tries to translate the feelings of an Arab-Muslim, the husband, a Christian, the Kamikaze wife, Israeli Jews, Palestinian Muslims and how steadfast certainties can crack down overnight. Ziad Douieri defends himself: “I am not biased. I do not defend a party at the expense of another. I know the issue is very sensitive, but I just wanted to raise a number of questions, human, psychological questions, questions into the maze of collective unconscious, hasty pronouncements.”

Many viewers interviewed by the media after the screening of the film acknowledged that the story is very moving and that the director actually made them think about the complex absurdity of life. And the film impressed by its aesthetic and artistic quality the members of the jury, chaired this year by British writer, director and producer John Boorman, which awarded it the Golden Star.
The Jury Prize went ex aequo to A hijacking by Tobias Lindhom (Danemark) and Taboor by Vahid Vakilifar (Iran). The best female performance award was grabbed by Elina Reinold in “Mushrooming” by Toomas Hussar (Estonia) while the best male performance prize went to Soren Malling in “A hijacking” by Tobias Lindhom (Danemark).
The Cinécoles short film prize was awarded to Mejor … Une vie meilleure by Tarik Leihemdi from Abdelmalek Saadi University – Tétouan.

+The Cinécoles short film competition was inaugurated at the 10th FIFM in 2010. The competition is open to students in Moroccan cinema institutes and film schools. With this short film competition, the FIFM Foundation wishes to develop a place for creativity and job opportunities for budding filmmakers, as well as create a real platform during the Festival to foster exchanges between seasoned professionals and young directors. It is also a unique opportunity to introduce “student cinema” in Morocco as part of a prestigious event. The prize consists of a 300,000 Dirhams award (about $26,000), granted by the FIFM Foundation president, Prince Moulay Rachid, brother of King Mohammed VI. The amount is to be used exclusively for the making of a second short film which must be completed within three years of receiving the prize. The Foundation provides support for the film project through assistance with the writing, directing, and editing processes.

For the first time this year, two Moroccan movies, namely Horses of God (Ya Khayl Allah) by Nabil Ayouch and Zéro by Nour-Eddine Lakhmari participated in the feature film competition. Even though none of them grabbed any award, their participation did not go unnoticed.
The 12th FIFM edition celebrated the centenary of Indian cinema, which was represented by a large delegation led by cinema legends, Amitabh Bachchan and Sharukh Khan and paid tribute to several cinema stars and figures.

The Marrakesh Festival is supported by the King of Morocco and by Prince Moulay Rachid, who is chairman of the FIFM Foundation that was set up in 2002, as well as by the major governmental and non-governmental film institutions. Throughout years and since its first edition in 2001, the festival has become a must-attend cinema rendezvous, like Cannes, Berlin, or Venice.