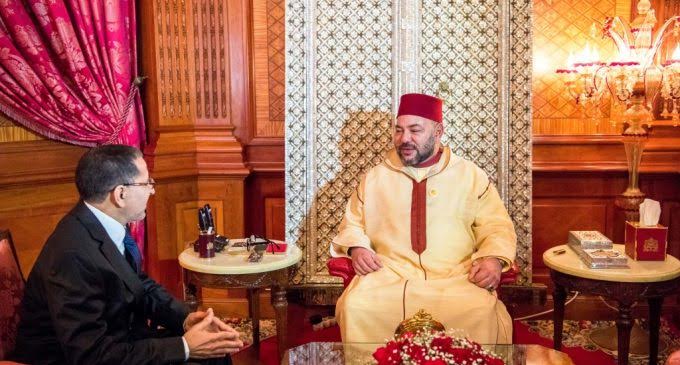 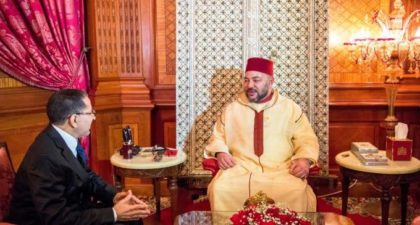 King Mohammed VI appointed Saad Eddine El Othmani, President of the national council of the Party for Justice and Development, Head of Government in place of Abdelilah Benkirane who failed to form a coalition government after five months of negotiations.

The King received Saad Eddine El Othmani, former Foreign Minister, at the Royal Palace in Casablanca on Friday and tasked him with leading negotiations to form a new government, announced the royal Office in a statement.

The King took the decision to replace Benkirane in his quality as supreme referee and custodian of the supreme interests of the nation and in conformity with his prerogatives under the 2011 Constitution with a view to safeguarding the nation’s democratic choice and the smooth functioning of its institutions, a Royal official statement announcing Benkirane’s dismissal had explained last Wednesday.

The staggering formation of a new government was hinted at with a serious tone by King Mohammed VI, in his speech on the occasion of the Green March (in November), when he said that “the future cabinet should not be the result of calculations aimed at fulfilling political parties’ wishes, based on electoral arithmetic, as if there were spoils to be shared out.” “The government should involve an efficient, coherent structuring effort, consonant with programs and priorities,” the King had said.

Born in 1956 in Inzegane, near Agadir, Saad Eddine El Othmani is a psychologist who was elected head of the Islamist moderate PJD party in 2004.

The stalemate in negotiations put the country on the verge of a political crisis and had an impact on the country’s public spending as the adoption of the 2017 appropriation bill hinges on the formation of a new government.

Negotiations reached a deadlock after the leaders of the PJD and the RNI, Abdelilah Benkirane and Aziz Akhennounch, failed to overcome their disagreements. The RNI leader conditioned participation on the inclusion of three other parties with minor results in the October 7 elections. These are the MP, the UC and the USFP.

Benkirane rejected the RNI’s conditions which he labelled as an attempt to sabotage negotiations.

After five years in government, the PJD won 125 seats in October’s elections followed by its archival the Authenticity and Modernity Party (PAM) with 102 seats, while the conservative PI won 46 seats.

The fragmentation of Morocco’s political landscape makes no party able to win an outright majority. To secure the majority of seats needed to form a coalition government, the PJD has at least to enter into a coalition with 4 parties, putting the distribution of ministerial portfolios on a rocky road, not to speak of compromises on the policies of the different partners in the future government.