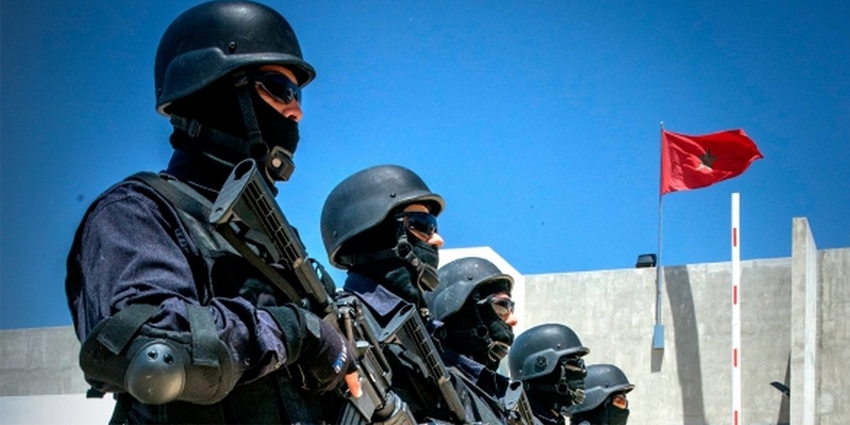 Morocco’s Central Bureau of Judicial Investigations (BCIJ) dismantled a terrorist cell in an operation that resulted in the arrest of 15 individuals with suspected links to IS (Daesh), the Interior Ministry said.

The individuals were arrested in the cities of Casablanca, Fez, Tangier, Marrakesh and Agadir where they were plotting attacks and recruiting would-be Jihadists, the Interior Ministry said in a statement

“They were in the process of acquiring equipment to make explosives to perpetrate terrorist attacks against vital sites, entertainment areas and public institutions,” says the statement.

Some individuals had knowledge on explosive making and were intending to carry out terrorist attacks in the name of the Islamic State, the statement said adding that other suspects were involved in acquiring firearms to be used in assassinating public figures.

According to foreign intelligence reports, approximately 2000 Moroccans are believed to have joined terrorist organizations since 2011, with 719 fighting alongside ISIS.

In this regards, Morocco passed a law imposing stiff prison sentences for those who travel to join terrorist organizations abroad.

Since its creation in 2015, the BCIJ gave a significant boost to anti-terrorism efforts dismantling over 45 terrorist cells and arresting at least 548 terrorists who were brought before justice (275 in 2015 and 273 in 2016.)