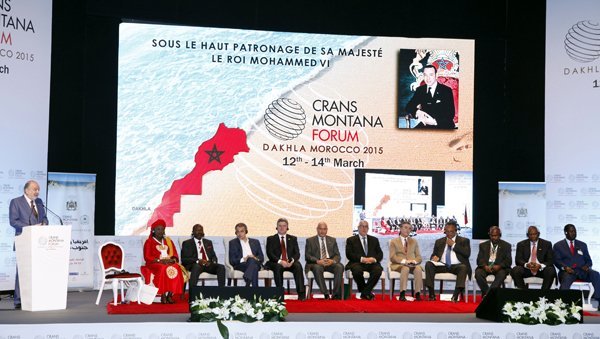 King Mohammed VI Convinced Africa Will Rise up to Challenges 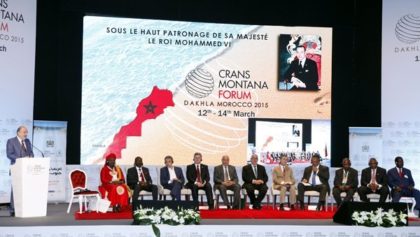 Morocco believes in Africa’s capacity to rise to the challenges facing it and to ensure sustainable human development for its peoples, thanks to its vast natural and human resources, said Friday King Mohammed VI.

“The African renaissance we yearn for hinges on how much belief we have in ourselves, how far we rely on our own capacities and potential, and how well we exploit them, within the framework of mutually-beneficial South-South cooperation and solidarity-based strategic partnerships,” said the King in a message addressed to Crans Montana Forum 2017, which opened works in the southern city of Dakhla.

“I am sure we can rise to these challenges. Today, Africa is governed by a new generation of pragmatic leaders, uninhibited by outdated ideologies. They are working, with a high sense of patriotism and responsibility, to achieve their countries’ stability, political openness, economic development and social progress”, he stressed.

“We are pleased to work hand in hand with these leaders, who are keen to ensure the unity and progress of Africa, the continent of the future, and to serve the interests of its peoples. We look forward to working together with them to enhance its growing role and the important status it henceforth enjoys at the international level”, added the royal message.

“South-South cooperation, which is based on the culture of sharing and solidarity, is the mechanism that will enable our countries to exchange their expertise directly and immediately”, said the Monarch.

He went on to say that this cooperation “will help improve our field experience, make the most of our complementarities and expand our national markets. It will also open up new opportunities for efficient and beneficial investment and achieve effective sustainable human development, while respecting each country’s national sovereignty, as well as the principles of mutual esteem and equality”.

King Mohammed VI said Morocco adopts a multidimensional development model encompassing all sectors of the economy: agriculture, industry and energy production, services -which include banking, insurance, transport and logistics – as well as an array of complementary social, cultural, security and religious domains

In this context, “the Kingdom of Morocco pays particular attention to human development, both through training and sustainable human development programs which have a positive impact on the living conditions of African citizens”, said the Monarch.

He also expressed Morocco’s determination to consolidate security and stability all over the continent, hence its contribution to UN peace-keeping operations and mediation initiatives aimed at finding peaceful solutions to conflicts, as well as its involvement in security cooperation to fight terrorist groups.

The North African Kingdom shares with African countries its experience in the religious field, which is based on promoting moderate Islam and fighting radicalism and reclusion, added the Sovereign.

“Our sincere African orientation is motivated by a deep belief in Africa’s capacity to address the challenges it faces. It also illustrates our eagerness to contribute, along with our brothers, to developing our continent”, he explained.

The King who reaffirmed that Morocco will never give up defending its supreme interests, particularly its national unity and territorial integrity, pointed out that the Moroccan Sahara region, and Dakhla in particular, play a special role in the Kingdom’s African orientation, as a historic platform connecting Morocco to Africa.