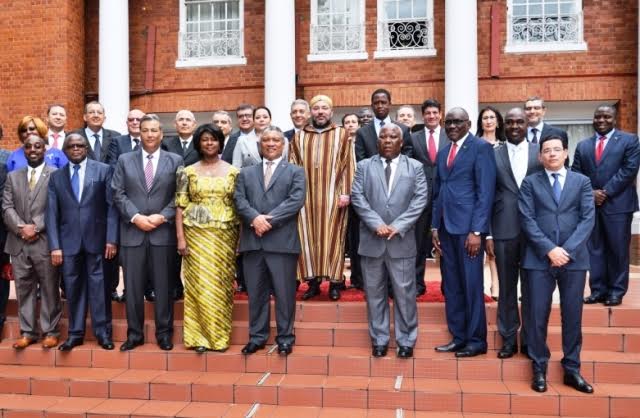 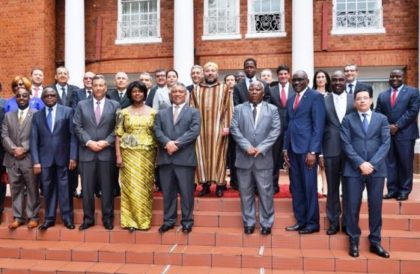 Morocco and Zambia on Monday gave a strong signal that their relationship has entered a new era as King Mohammed VI and President Edgar Chagwa Lungu co-chaired over the signing ceremony of 19 agreements, including 11 between the two countries’ private sectors.

Before the ceremony, King Mohammed VI, the first Moroccan Monarch to pay a visit to Zambia, and President Lungu held private talks that dealt with bilateral relations as well as with regional and international issues of shared interest.

In a statement to the media after the talks, President Lungu expressed his country’s delight to see Morocco back within its African family.

“We have missed Morocco for a long time and we are glad to find him again within its African family,” said the Zambian head of state.

Although Morocco and Zambia are bound by centuries-old warm relations, the royal visit and the accords sealed will upgrade economic cooperation and trade partnerships in key areas of development to higher levels for the mutual benefit of the two countries.

Moroccan foreign Minister Salaheddine Mezouar told the media that the King’s visit to Zambia is of paramount importance and translates a reorientation in ties between Rabat and Lusaka. It also mirrors the Kingdom’s resolve to build a win-win partnership with this English-speaking country and to promote bilateral relations according to the new approach Morocco has adopted in its relationship with the continent, he said.

By joining words to action, Morocco led steady efforts in favor of African development that earned it credibility and respect in the continent leading to its triumphant return to the African Union with the support of an overwhelming majority of AU members.

In keeping with a south-south cooperation policy in Africa underpinned by co-development and solidarity, Morocco endeavors to strengthen ties with all African countries, including those that formerly espoused the Polisario separatists’ thesis, including Rwanda, Ethiopia, Tanzania and Nigeria.

And the King’s visit to Zambia is part of this momentum to extend Morocco’s cooperation model to English-speaking African countries.

The accords concluded Monday include a general economic, scientific, technical and cultural cooperation agreement, a memorandum of understanding on the establishment of a mechanism for political consultations and an agreement on investment promotion and reciprocal protection.
Zambia’s Zesco Limited and the Moroccan energy giant Masen agreed to cooperate to develop renewable energy Projects in Zambia. The Zambian mining ministry and Morocco’s office for hydrocarbons and mining (ONHYM) also signed a memorandum of understanding.
Other areas covered by the cooperation accords include tourism, education and training, and agriculture, in addition to an accord on air services providing for the opening up of the airspace between the two countries.

The King’s visit to Zambia comes after a successful visit to Ghana during which the King conferred with President Nana Addo Dankwa Akufo-Addo on cooperation prospects as well as on regional and international issues of common interest. The visit was crowned by the signing of 25 cooperation agreements. Two weeks earlier, he visited South Sudan where he conferred with President Salva Kiir Mayardit.

After Zambia, King Mohammed VI is expected to pay visits to other African countries, including Kenya, Côte d’Ivoire and Mali.