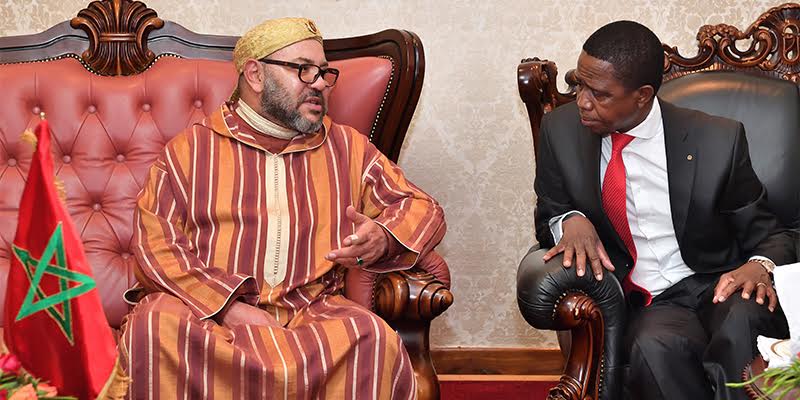 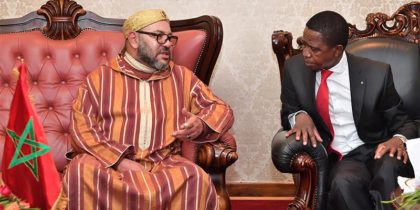 Zambia, a long-time supporter of the Algerian-sponsored separatist thesis, is set to open a new chapter in its relations with Morocco marked by strong economic and political ties.

King Mohammed VI, who is in Lusaka, the second stop in a new African tour that previously led him to Accra, is leading a political and economic delegation with a view to ushering a new era of cooperation with Zambia.

Fostering economic ties is on the agenda of the royal visit as Zambia looks forward to taking advantage of the expertise and know-how of Moroccan firms notably in the fields of tourism, agriculture, renewable energies as well as telecommunications, finance and banking.

The King’s visit to Zambia, started Sunday, comes after a successful visit to Ghana during which the King chaired the signing ceremony of 25 bilateral cooperation agreements.

In keeping with a south-south cooperation policy in Africa underpinned by co-development and solidarity, Morocco had strengthened ties with countries that formerly espoused the separatists’ thesis, including Rwanda, Ethiopia, Tanzania and Nigeria.

By joining words to action, Morocco led steady efforts in favor of African development that earned it credibility and respect in the continent leading to its triumphal return to the African Union with an outspoken majority.

The visit to Zambia is part of a momentum to extend Morocco’s cooperation model to the English-speaking African countries through the establishment of cooperation partnerships.

Since ascending the throne in 1999, King Mohammed VI has prioritized Africa in his foreign policy, making 46 visits to 25 African countries and presiding over the signing of nearly a thousand bilateral and multilateral agreements in various areas.