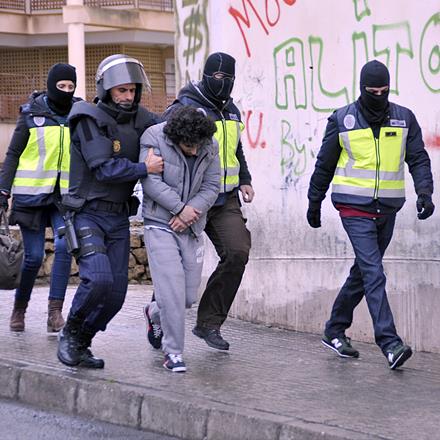 Two Moroccan Alleged Members of IS Arrested in Spain 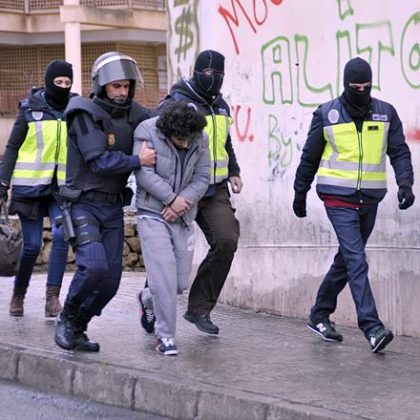 The Spanish interior ministry Tuesday announced it pinned down two Moroccans belonging to a terrorist recruiting cell affiliated to the Islamic State group (IS).

The two men, aged 25 and 27, were nabbed at Badalona, North-East of Barcelona. According to the ministry, they use internet to recruit and indoctrinate would-be terrorists for IS.

These internet-recruited would-be terrorists exhibited a very high level of indoctrination and were determined to join the terror group in Syria, the ministry noted in a statement.

The two IS terrorist suspects, the ministry added, were major supporters of the terrorist group and also funded it with drogue trafficking money and other illegal activities.

The men resorted to several techniques to secure their activities on internet. They also used several telephone numbers acquired with fake identities, the ministry indicated in the statement.

Investigations at the suspects’ residences are still underway in an attempt to discover additional evidences of their activities on internet and social media where they have established local as well as external contacts, reports say.

Around 185 terrorists have been arrested since 2015 on terrorism related charges as authorities try to crash radicalism.