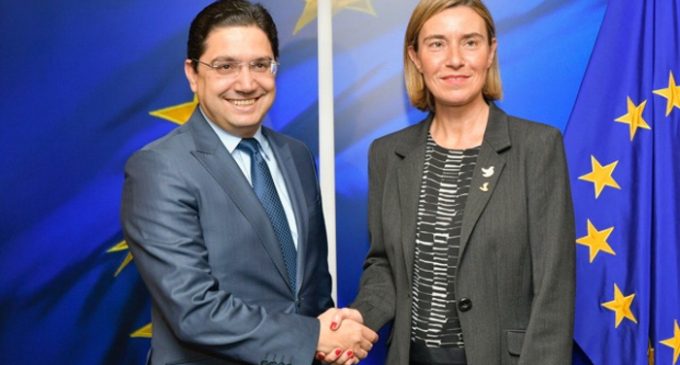 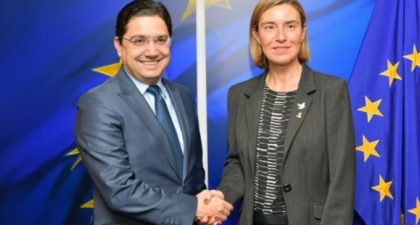 The European Union pledged to take the necessary measures to secure the implementation of the existing Free Trade Agreement for processed agricultural products and fishery products binding it to Morocco and preserve the achievements made under the two sides’ partnership in this area.

The pledge was made during the meeting that gathered in Brussels Tuesday the EU High Representative Federica Mogherini and Morocco’s Deputy Foreign Minister, Nasser Bourita.

The meeting was held just one day after Morocco issued a strong-worded statement following attempts to deny entrance of some Moroccan products to the European space, warning that any failure to honor the Morocco-EU farm deal would entail negative repercussions.

“Acts aiming at blocking access of some Moroccan products to the European market should be sanctioned and treated firmly by our European partners,” stated the statement released Monday by the Moroccan Ministry of Agriculture and Fisheries.

“Any impediment to the implementation of this agreement threatens thousands of jobs on both sides and constitutes a real risk for the resumption of migratory flows”, added the statement, which underlined Morocco’s sustained efforts to contain soaring illegal immigration and ward off Europe from this threat.

A press release issued after the Mogherini-Bourita meeting stated that “both parties affirmed that they remain committed to defending, preserving and strengthening their partnership in its various dimensions.”

The two sides “recognized the importance of maintaining stable trade relations” and “agreed that the technical teams would meet soon to set the details of the way forward,” the press release said.

“Both sides assured that discussions between the EU and Morocco will continue in a climate of serenity and mutual trust, in order to agree on the necessary arrangements to continue and develop their relations, particularly in the field of agriculture,” the press release stated. It added, “Pending the conclusion of these discussions, appropriate measures would be taken where necessary to secure the implementation of the existing Free Trade Agreement for processed agricultural products and fishery products between the EU and Morocco and preserve the partnership’s achievements in this area.”

The two sides underscored “the strategic importance” of their relations, and expressed their willingness to resume work and expand cooperation in all areas of common interest.

The High Representative took this opportunity to personally congratulate Morocco on its return to the African Union. “The two sides agreed to work together to strengthen the mutual synergies of their partnership on regional and pan-African issues,” the press release concluded.