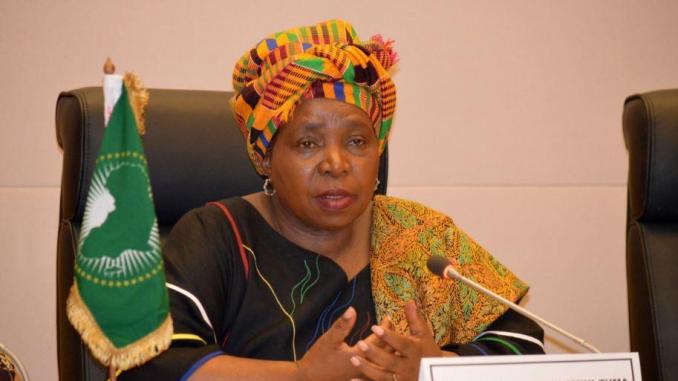 Dlamini Zuma Ends Tenure at AU with Diatribe against Morocco 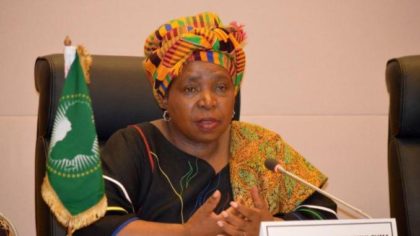 As Morocco gathers support in favor of its return to the African Union (AU) after a 33-year old absence, the Chairperson of the AU commission, South Africa’s Dlamini Zuma stubbornly continues her desperate attempt to obstruct Morocco’s legitimate African ambition.

Her repeated diatribes against Morocco reflect her desperation and failure to use the continental body to advance the Algeria-sponsored separatist thesis.

The head of AU’s executive body, whose tenure comes to an end leaving the continent’s key security and development issues unaddressed, delivered her last speech before the AU’s executive council warning against Morocco’s return to the continental organization. After she failed to obstruct Morocco’s legitimate right to regain its seat at Africa’s institutional family, Zuma purported that admitting the Kingdom will bring divisions.

Blinded by her hostility to Morocco’s territorial integrity, Dlamini Zuma, together with Algeria’s Foreign Minister, makes yet another maneuver suggesting the submission of the kingdom’s bid to return to the AU to a political review by raising an issue that falls within the jurisdictions of the UN, that of restoring the civilian component of the MINURSO.

These desperate attempts to block an inevitable return of Morocco to the pan-African organization came after the Kingdom secured the support of over 40 African countries, with 28 of them having called for ousting the Polisario from the African Union during the last summit in Kigali.

Morocco’s opponents are actually alarmed by the increasing clout of the country in the continent and its credibility as a political, economic and security partner to several African states. They see Morocco’s return to the African Union as a prelude to the ejection of the separatist Polisario entity and probably the reduction of its status to a mere observer.

Along with Morocco’s readmission, the upcoming 28th summit of the African Union in Addis Ababa will have on its agenda the election of a successor to Dlamini Zuma whose tenure at the AU was an utter fiasco.

When Dlamini Zuma took office, Africa was struggling with multiple security, environmental and health challenges. Her input to resolving the political crises that erupted during her term, whether in South Sudan, Burkina Faso, Libya or recently in Burundi, was so insignificant and reflective of a lack of knowledge about Africa.

The same thing can be said about her poor handling of the Ebola outbreak and the migration crisis. It took her eight months and the tragic death of 2800 persons to organize the first emergency meeting of the AU.

Several African media outlets decry Dlamini’s poor achievement and point that her tenure as the AU Commission Chairperson was used as a means to gain political support in her home country rather than to addressing Africa’s pressing issues.

Yet, plotting against Morocco’s interests and territorial integrity was the only task Dlamini Zuma has been keen to pursue.

Morocco withdrew from the predecessor of the AU, the Organization of African Unity, in 1984, to protest the biased decision of the OAU, which had actually violated neutrality in the Sahara conflict by admitting the Algeria-based separatist entity, SADR, as a full-fledged member.

Morocco’s return to the African institutional family hinges on a simple majority vote by the member countries. So far, more than 40 countries, making more than the majority of the 54 African Union member states, have expressed support for Morocco’s return.

North Africa Post's news desk is composed of journalists and editors, who are constantly working to provide new and accurate stories to NAP readers.
NEWER POSTAuthorities Foil Plot by a Seven-Member ISIS Terrorist Cell
OLDER POSTMorocco, Algeria Have Much to Gain from Opening Borders, Study