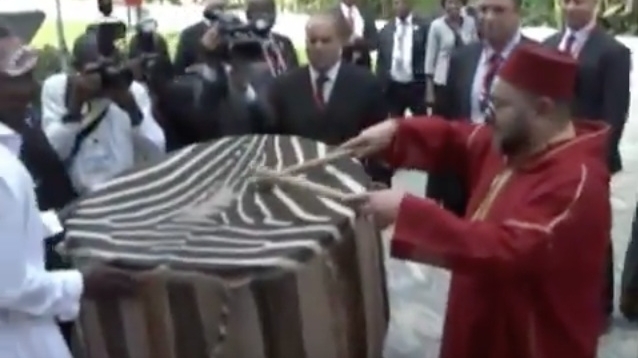 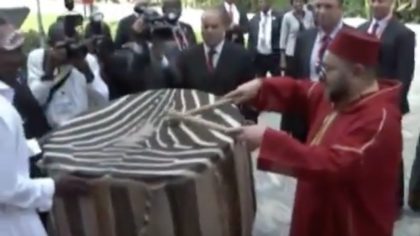 King Mohammed VI headed Friday to Ethiopia where he is expected to take part in the 28th summit meeting of the African Union scheduled in Addis Ababa this January 30-31.

The visit to Ethiopia is part of the actions undertaken by the King since Morocco decided to return to the African fold last summer.
Morocco’s return to the AU will actually be enacted during the Addis Ababa summit after an overwhelming majority of AU member countries has openly voiced support to Morocco’s decision to regain its place within its natural African family.

This strong support has thwarted the attempts of Algeria and the outgoing president of the African Commission, Dlamini-Zuma, to delay the North African Kingdom’s return to its African family.
The King’s visit to Ethiopia was preceded by a large-scale diplomatic campaign, spearheaded by the sovereign who has visited several African countries during the last quarter of 2016.

King Mohammed VI thus made trips to several African countries, including to some East African states that are known for their support to the Algeria-backed separatist Polisario front, claiming the independence of the Moroccan Sahara.

In each of these stops, whether in Rwanda, Tanzania, Ethiopia or Nigeria, the issue of Morocco’s return to the AU was brought up and all the King’s interlocutors have voiced support to the decision and vowed to defend it during the African summit.

African countries are all fully aware of the key role Morocco plays in Africa at the economic, humanitarian, religious, and security levels and know that Morocco’s return to the AU will be a valuable asset to the African organization and will give a tremendous impetus to overall inter-African relations.
Morocco had announced its decision to reintegrate the AU, last July, during the latest African Summit held in Kigali (Rwanda), thirty-two years after it quitted the AU’s predecessor, the Organization of African Unity (OAU), to protest against the admission of the pseudo-Sahrawi Republic “SADR”, self-proclaimed by the Polisario with the support of Algeria.

Immediately after Morocco announced its return decision, 28 African countries out of the AU 54 members tabled a motion welcoming Morocco’s application to rejoin the African Union.

The number of supporters has since then increased to over 40, at a time Morocco only needs the support of a simple majority of the member countries to reintegrate its seat.

Actually as stipulated in Article 29 of the AU Constitutive Act related to Admission to Membership, “admission shall be decided by a simple majority of the Member States. The decision of each Member State shall be transmitted to the Chairman of the Commission who shall, upon receipt of the required number of votes, communicate the decision to the State concerned.”