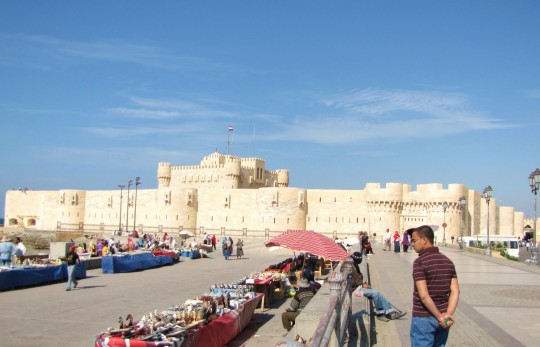 It has been almost two years since the Arab Spring hit the countries of Middle East and North Africa. While some nations have taken a fresh breath of freedom, others have plunged into misery.

Day-to-day riots and protests have paralyzed the socio-political functioning of the region, and stifled the tourist industry – the crux of the economy. Tourism is the world’s third-largest industry, providing one in every twelve jobs, according to Taleb Rifai, Secretary General of the United Nations World Tourism Organization (UNWTO). In Egypt, for example, tourism accounts for 16 percent of the gross domestic product (GDP) and creates 14 percent of all jobs, while in Tunisia, the figures are very similar (17 percent of GDP and more than 15 percent of jobs).

According to the UNWTO, regional tourist arrivals had been growinat a 15 percent rate annually before the onset of the revolutions. The figure has fallen by about half since then and the situation would have been even worse if it were not for the safe destinations, such as the United Arab Emirates, that managed to ‘take over’ the tourists who would have otherwise ‘swapped’ an North African holiday resort for an ‘exotic’ destination in another part of the world. Year 2012 has been considered by many as the year when regional tourism would finally return to the levels seen before the Arab Spring movement started. In late June 2012, the Egypt’s Central Agency for Public Mobilization and Statistics revealed the figures for the first half of 2012 – according to its report, about one million tourists visited Egypt in April 2012 and stayed for a total of 12.1 million nights, which was twice more than in April 2011.

In Tunisia, the sector is also showing signs of life. In the first eight months of this year, 1.9 million Europeans spent a vacation in Tunisia, more than 30 per cent up on the same period last year, when the country was in the midst of revolution. Although the figures still lag behind the pre-revolution levels, the Tunisian Ministry of Tourism considers the current development as a significant progress. It is also interesting to note that Mohamed Ali Toumi, President of Tunisian Federation of Travel Agencies and Tourism, has set a benchmark for measuring the advancement of the sector by asserting that “if the number of tourists in 2012 reaches 80 per cent of 2010 levels, the recovery is robust.”

Moroccan travel authorities have now reportedly shifted their attention from the Western European countries that are struck by the euro-crisis to the Central and East European region, namely Czech and Slovak Republic, Poland and Russia

In Morocco, tourism is well-developed and it is in fact the second largest foreign exchange earner in Morocco, after the phosphate industry. The fortunes of the sector in 2012 are of primary importance given the drought and bad weather earlier this year that paralyzed much of the agriculture and related sectors. Moroccan travel authorities have now reportedly shifted their attention from the Western European countries that are struck by the euro-crisis to the Central and East European region, namely Czech and Slovak Republic, Poland and Russia. These countries have been characterized by a steady increase in the purchasing power of their citizens, who, at the same time, have not generally been hit too hard by the ongoing crisis in the euro-zone. Thanks to the newcomers from Central and Eastern Europe, Morocco hopes to keep its receipts from tourism on the pre-revolution levels despite the lower absolute number of tourist arrivals.

As the vitality of the sector, a mainstay of many North African economies, is crucial for future economic prosperity, ministers of tourism and leading travel companies from the Middle East and North Africa reiterated their confidence in the growth of tourism in the region during the first UNWTO/Arabian Travel Market Industry Forum that took place in April 2012 in Dubai. The participants stressed that even though the region’s tourism has been on the wane for while, importantly, the underlying conditions for the sector to grow over medium and long-term had been created already prior to the Arab Spring. The sector has produced needed jobs, employed the youth, tourism-induced infrastructure has been built and fragile balances of payments have been kept thank to the money tourists bring. Thus, North African and Middle Eastern tourism industry shall grow even stronger than before, newly focusing on the further development of infrastructure, support of smaller businesses and integration of tourism with other sectors of the economies.

North Africa Post's news desk is composed of journalists and editors, who are constantly working to provide new and accurate stories to NAP readers.
NEWER POSTLibya: knocking on the doors of its Mediterranean neighbors
OLDER POSTMorocco, France, a continuing wonderful idyll