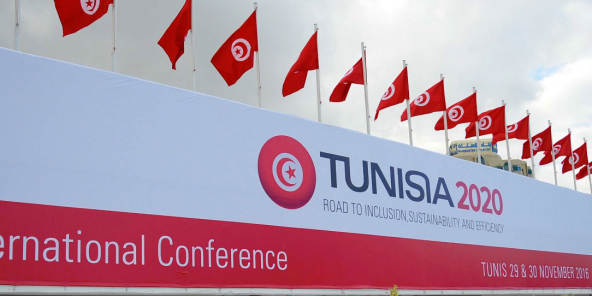 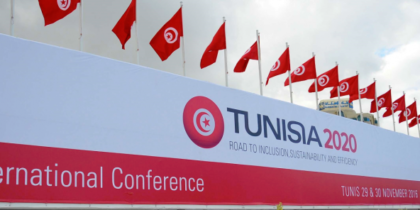 Tunisian authorities are on cloud nine as expectations for “Tunisia 2020” international forum seem to be met with 34 billion dinars investment including 15 billion dinars pledged through conventions.
The two-day event was not like empty promises made in 2014. Youssef Chahed, country’s Prime Minister oversaw signings indicated Wednesday that Tunisia is back on the international front.
“Tunisians made sacrifices that are going to bear fruits now,” Chahed said end of the forum.
Around 70 countries and 4,000 delegates took part in the event said to set new economic path for the Arab country, cradle of 2011 Arab Spring.
Success story for its successful democratic transition, the North African country has been unable to keep its economy floating. High hopes which sparked the revolution have not been met. Unemployment rate soared to 15 per cent coupled with increasing public spending.
France, Saudi Arabia, the EU, Canada and Qatar were biggest donors at the event.
Paris pledged to invest 3 billion dinars over four years in addition to 420 million dinars under preferential conditions. 25 million dinars will be added as donation. France also pledged to convert the Tunisian debt into development projects.
Saudi Arabia vowed an investment package of $1.8 billion supplemented by some other investment to be paid back over a period of 5 to 7 years under preferential rates estimated at 2 per cent.
Canada has entrenched its strategic position in Tunisia with a $24 million-budget dedicated to projects oriented towards women, youth, and education.
Qatar represented by its Emir also bolstered its regional position with an investment agreement put at $1.25 billion. Part of package will help endorse the declining dinar.
Germany through its Development Bank, KfW will pump 260 million dinar into the Tunisian economy. The EU re-iterated its traditional support for the North African country with 500 million dinar apart from doubling its annual financial assistance.
Global financial institutions have also signed on the dotted lines. The European Investment Bank (EIB) pledge 6.8 billion dinars for a period of four years in addition to 600 million dinars used as funds.
3.3 billion dinars that is the investment convention signed between the Tunisian and Arab Fund for Social and Economic Development.
The African Development Bank agreed to release 309 million dinars for the Tunisian state in form of investment under preferential condition. The Abidjan-based continental bank will also grant 1.5 billion dinars to Tunisia over the coming four years.
Several countries including Kuwait, Turkey, and Switzerland along with the World Bank also made investment promises for a tally of 19 billion dinars.