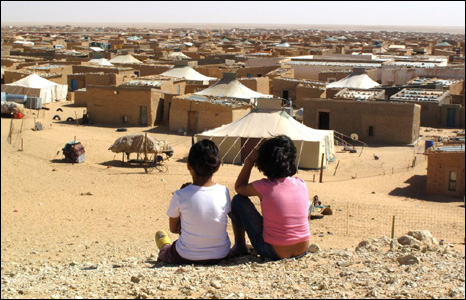 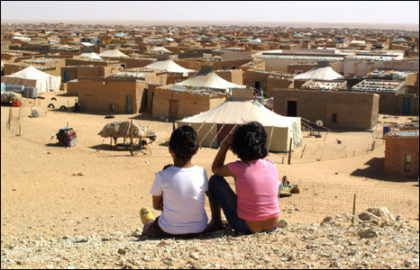 Hundreds of Sahrawis sequestered in Tindouf Camps (Southern Algeria) have staged Thursday a demonstration to voice their anger at the Polisario new chief Brahim Ghali and express their frustration over status quo, deteriorating living conditions, alienation and political exploitation.

This popular uprising, which reflects the deep cracks widening between the separatists’ leadership and grassroots, comes after Brahim Ghali reshuffled his teams and fired some members loyal to ex-polisario head who passed away in May.

The demonstration, organized by the wife of the late Mohamed Abdelaziz, Khadija Bent Hamdi, was held in so-called “Laayoune” camp. The demonstrators decried the delay of delivery of humanitarian aid to the sequestered Sahrawis and denounced the dismissal and exclusion of Sahrawis belonging to Abdelaziz tribe, giving way to the Polisario hawks and hardliners.

In his latest shake-up made on tribal basis, the new Polisario leader seems to prefer more the Rguibat Bouihate clan than the “Fokra” tribe whose members held key positions within the Polisario and its self-proclaimed SADR during Mohamed Abdelaziz era.

According to some press reports, Khalili Ould Mohamed Abdelaziz, son of the late Polisario chief, has left Tindouf camps to live in the southern Spanish city of Seville where his father has hidden his wealth.

Apparently, Khalili Ould Abdelaziz, unlike his father, does not want to leave money growing in dormant accounts but looks forward to investing his inherited assets for high returns.

The report documented the diversions committed under the watch of Algeria and how the diverted goods were sold in the black market in neighboring countries and even in Algeria.
OLAF report proved the embezzlement carried out by Polisario leaders whose names were cited by investigators. Algerian Secret services were also cited in the report for their involvement and role in the vast embezzlement operation.