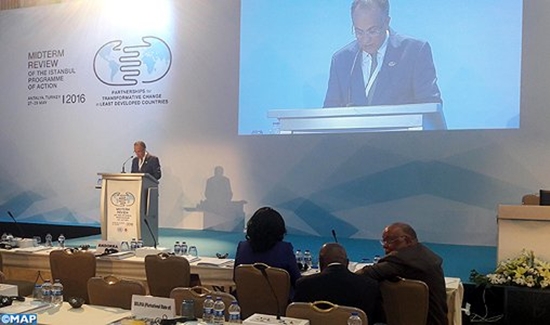 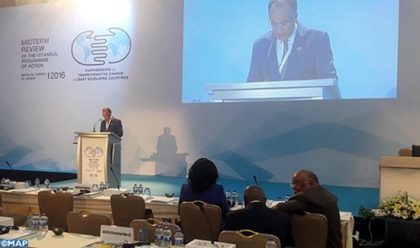 “We need to acquire the knowledge of the north and foster south-south cooperation” said Mezouar at a meeting on the Moroccan initiative to reinforce the capacities of excellence centers and Think Tanks in the field of mitigating climate change impact.

The meeting was held on the sidelines of the 71st UN General Assembly.

In this respect, the Moroccan minister, who chaired the meeting in his capacity as head of the COP22 steering committee, said Morocco is ready to share its experience in renewable energies and food security with developing countries.

He stressed the need for establishing platforms enabling the exchange of experience and expertise between these excellence centers in the field of climate change.

The Moroccan initiative, which will be launched during the Climate Summit (COP22) in November, aims at bolstering the capacities of excellence centers in developing countries through establishing a network with a shared climate database enabling the dissemination of data and tools on climate, providing risk funding and offering consultancy services to companies and governments.

The meeting was attended by several foreign ministers from Africa and the Arab world and raised a range of issues relating to excellence centers in developing countries and training in the field of capacity building.

Scheduled in Marrakech on November 8-18, the COP22 will discuss agreements on reducing greenhouse gas emissions caused by human activity, assess the evolution of their commitments and review the implementation of the Framework Convention and other legal instruments.