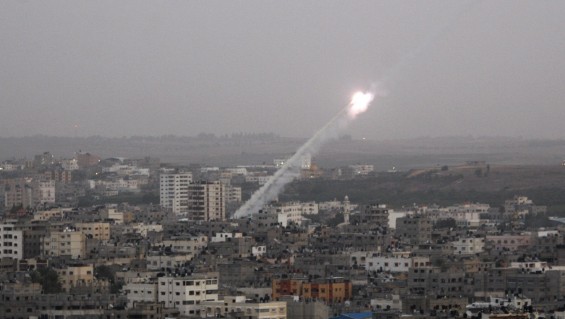 Changing Geopolitics of the Gaza Strip and Egypt’s Predicament

The escalating violence in the Gaza Strip and southern Israel, in which scores of Palestinians and Israelis have so far been killed, is being played out against a fast changing geopolitical setting. The current Israel-Gaza clash is the largest since Israel’s war in Gaza in 2008-2009, when Hamas was a political pariah on the world stage. Yet, over the last two years, the Hamas government’s clout and power have been on the rise as this formerly regional outcast had received cash pledges from its new-found friends – notably Gulf countries – that have in turn bolstered Gaza’s rapidly growing economy.

Moreover, the popular ‘Arab Spring’ uprisings sweeping North Africa and the Middle East have emboldened Hamas, if only in that they ousted regional autocrats hostile to the Gaza-based Islamist movement. Indicative of how the times have changed are senior Hamas officials’ unprecedented visits in January 2012 to Egypt, Tunisia, Turkey and even Switzerland to shore up their diplomatic credentials. Hence, the ongoing Israeli-Palestinian conflict may now well constitute the single biggest challenge for both Israeli and Egyptian governments as they seek to formulate their foreign policies in the context of the new – and far more complex – geopolitical realities.

The escalating Israel-Gaza conflict surely presents a diplomatic and political challenge and test for Egypt’s new president and former Brotherhood leader, Mohamed Morsi. While inaugurating the sleek new passenger terminal at the Gaza-Egypt border in July, Hamas Prime Minister, Ismail Haniya, sent one of his strongest messages to date to Egypt’s new administration when he referred to the Rafah crossing as “Gaza’s gateway to the world” and boldly called on Egypt to lift its border restrictions. Yet, his rhetoric fell on deaf ear in Cairo after Egypt closed the border with the Hamas-run enclave following an attack by Islamist extremists – reportedly with presence in Gaza and links to the Hamas movement – that killed 16 Egyptian soldiers on the border with Gaza in early August.

Many ordinary citizens in both Gaza Strip and Egypt initially hoped that the new Egypt, ruled by a Muslim Brother, would recognize Hamas as its new, close ally. However, these high expectations were tempered by President Morsi’s clamp-down against Salafi militants on the Sinai Peninsula and his closing of many of the tunnels connecting Gaza and Sinai to stem the flow of goods and arms. Hence, in contrast to the earlier expectations, President Morsi, now when in power, is arguably putting Egypt’s national interests ahead of the Islamist ones.

Despite this relative setback coming from its southern neighbor, the Egypt-Gaza Rafah crossing has indeed served as Hamas-run Gaza’s gateway to the outside world – a reality that was recently confirmed by a high-profile visit to the site from Qatar’s crown prince. Earlier, even Muslim countries, though generally sympathetic to the Palestinian cause, regarded the Hamas leaders as personae non gratae. Though widely considered a terrorist organization by the West only a few years ago and being placed under a severe Egyptian-Israeli blockade in 2007, Hamas’s diplomatic standing has considerably improved over the last two years. Arab and even some Western countries now seem to largely look at the sanctions as a thing of the past as they are increasingly ready to deal with Hamas. Notwithstanding various obstacles and uncertainties, the International Monetary Fund recently projected that Gaza’s economy would grow 7 percent in 2013.

It is clearly Hamas’s current priority to reach to the outside world. Apart from Qatar’s crown prince’s official visit – the first head-of-state delegation to Gaza since 2007 – there are now also Hamas-run offices in Doha, the Qatari capital, and in Cairo. The Qatari emir’s visit to Gaza indeed constituted a major diplomatic and economic boost to Hamas: diplomatic because the visit is tantamount to a long-desired formal recognition of the Hamas regime and economic because the group will likely benefit from hundreds of millions in funds from the majority Sunny Gulf. Gulf states’ readiness to channel millions of dollars in investments to the Hamas-run Gaza Strip can be also seen as a kind of reward for Hamas’s decision to ditch its long-time ally Shia Iran and align itself with Sunni-led countries such as Qatar and Bahrain. This move by Hamas has come as a major blow to the so-called “Axis of Resistance” – consisting of Iran, Syria and Hizbollah and Hamas – leading to an increasing disintegration of this anti-US alliance.

Whatever the reasons for the Gulf states’ investment flurry in the Gaza Strip, the reality is that this has protected Gaza’s economy against the whims of its neighbors, namely Israel and Egypt, giving Hamas some leverage in its foreign policy-making and reinforcing its domestic position. With the increasing Israeli pressure and with some of the tunnels, previously serving as vital economic lifeline, now languishing under Egypt’s closure, the Qatari-funded development mega-projects are providing a glimmer of hope for Gaza’s future prospects. But, interestingly, the oil-rich Gulf states’ increasing influence in the Gaza Strip are also seen in Cairo as a snub to Egypt that had long regarded itself as a kind of patron of the Hamas-run enclave.

With the looming Israel’s military offensive on the Gaza Strip, Egypt’s president is increasingly faced with a tricky predicament: while, on the one hand, Morsi is under international pressure to safeguard Egypt’s decades-long peace treaty with Israel, on the other, he is also facing angry protests in Cairo’s streets and calls even from within his own party, the powerful Muslim Brotherhood, to take a harsher stance on Israel. In light of the deteriorating security situation in the Sinai region that borders Gaza, Egypt’s relations with Hamas remain tense and, therefore, it remains to be seen whether President Morsi’s administration will maintain a kind of neutral position or opt to formally side with Hamas against Israel. So far, the Egypt’s leadership’ response was limited to some political support for Hamas and verbal condemnation of the Israeli airstrikes.

It is, however, also possible that when under fire from Israeli war planes, these sentiments among the Egyptian leadership will change. In the wake of the Arab Spring movement, the newly elected leaders are well aware that any Arab regime working against the will of its people will likely be forced out. “If Morsi does not align with Hamas we will remove him,” put it succinctly one member of the Brotherhood’s Freedom and Justice Party as the organization called for national-wide protests to urge President Morsi to cut all relations with Israel. Nowadays, many disaffected Egyptians draw parallels between President Morsi and the former President Mubarak who was widely seen as a US lackey in the region. While openly displaying anti-Israel and pro-Palestinian attitude before they assumed power, the Brotherhood-led government’s present pronouncements are much more tempered and nuanced – the complex realities of international relations and diplomacy, coupled with Egypt’s faltering economy, have pulled Mohammed Morsi from the extremist periphery to become one of the leaders on the center-stage of international politics.

North Africa Post's news desk is composed of journalists and editors, who are constantly working to provide new and accurate stories to NAP readers.
NEWER POSTMauritania to Set Up Private TV Stations
OLDER POSTIs Regional integration in Africa a Utopia or a feasible project?