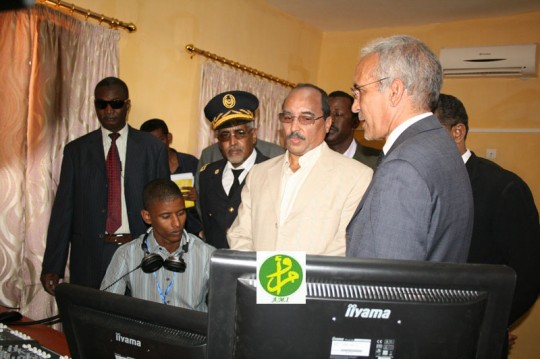 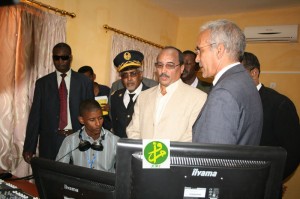 In the few coming months, Mauritanians will have the possibility to watch some new TV stations after the Nouakchott government agreed lately to open up the country’s airwaves to private broadcasters and gave its nod for the launching of five private TV channels and five radio stations.
The move is seen as part of the liberalization of the audiovisual sector which was dominated for long time by the two state-run media outlets – Radio Mauritania and Television Mauritania, but after the adoption in 2010 by the National Assembly of a draft bill on the liberalization of the audiovisual sector, the media landscape has begun to change.
Politicians and intellectual elites support these projects and particularly community radio stations because they help them to transmit their messages, besides the low financial cost of radios and their technical simplicity while the major challenge facing the TV broadcasters is not the creation of new channels, but their survival and continuity.
Some private media investors, who are looking only forward to lining up their pockets, may often appear reluctant to pump in more money to ensure a quality and competitive product.
Mauritania’ High Authority for Press and Broadcasting (HAPA) is currently busy working on bids and licenses which will be granted to the private TV and Radio stations. Last September, HAPA approved the creation of TV stations Mauri-Vision and Television Wataniya and radio stations Sahara FM, Radio Cobenni-MAPUCO, Mauritanides FM, Radio Tenwir and Radio-Nouakchott.
Amid this audiovisual momentum and frenzy, two unauthorized channels, “Chinguetti” and “Al Mourabitoune” also emerged but failed to attract enough audience to survive due to lack of media professionals.
Mauritania’s print media and audiovisual sector have witnessed rapid development lately thanks to growing plurality and freedom of expression. Some experts look however skeptical due to the country’s lack of specialists and quality training for media professionals while Mauritania’s first journalism school is still in the making.