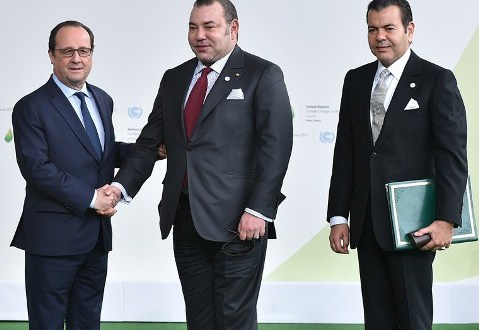 French President to Attend COP22 in Marrakech in November 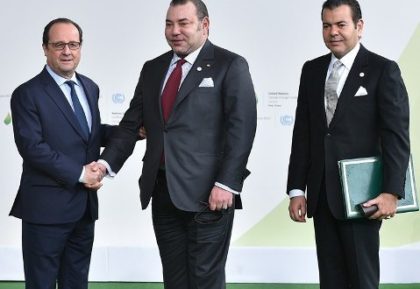 The news was announced by the French President himself who said he will attend the conference upon invitation from King Mohammed VI, the Elysée said in a statement.

The Participation of the French President was discussed over a phone conversation between the two heads of state.

During the phone conversation, King Mohammed VI and President Hollande expressed satisfaction at the bilateral cooperation and coordination to make of the Moroccan chairmanship of the Cop22 a success.

On the same occasion, the French President praised the King for his “brave” firm stand against jihadism and extremism which he expressed in a speech on the 63rd anniversary of the Revolution of the King and the People, celebrated by Morocco on August 20.

In this respect, President Hollande endorsed the call of King Mohammed VI for the faithful of the three monotheistic religions to form a common front against extremism.

Scheduled in Marrakech on November 8-18, the COP22 will bring together states to strive to reach agreements on reducing greenhouse gas emissions caused by human activity, assess the evolution of their commitments and review the implementation of the Framework Convention and other legal instruments.

So far, 197 Parties have adhered to the Convention (196 States and the European Union) including Palestine who joined in March 2016.

North Africa Post's news desk is composed of journalists and editors, who are constantly working to provide new and accurate stories to NAP readers.
NEWER POSTAlgeria to Build Electric Fence on Borders with Libya
OLDER POSTHamas Opens Office in Algiers